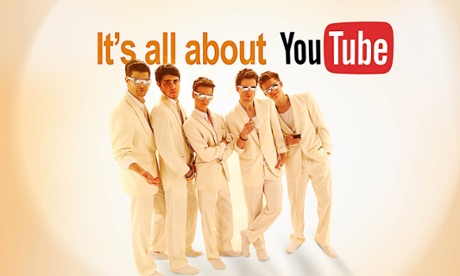 Screening room: Sport Relief, a U.K. anti-poverty initiative, has partnered up with YouTubers for a text-messaging donation campaign that targets teenagers.

The YouTube Boy Band is back (alright!), and this time they’re raising money for Sport Relief, a U.K. anti-poverty initiative taking place this weekend. Some of Europe’s top celebs and athletes like David Beckham and Kylie Minogue participated in the TV portion of the event, but by partnering with the vloggers, the charity (run by Comic Relief) targeted a teenage demo.

The crooners are Marcus Butler, Joe Sugg, Jim Chapman, Caspar Lee, and Alfie Deyes — some of the U.K.’s most popular YouTubers (though Lee is from South Africa) who have collaborated as a YouTube Boy Band before. Thursday’s video, a cover of McFly’s “It’s All About You” was posted on the Comic Relief YouTube channel, and by Monday received nearly 600,000 views. It encourages viewers to donate to Sport Relief via text message.