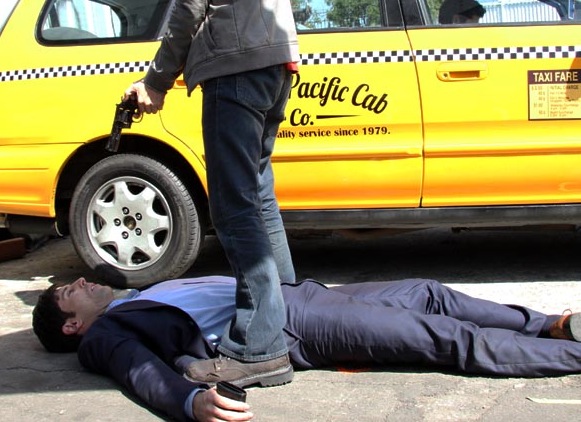 Vuguru’s The Millionaire Tour cashing in on Hulu

Aimed at men age 18 to 34, the film is being distributed for the first time in the U.S. on the streaming platform, where Vuguru has found audience success in the past.

Vuguru has brought its high-action thriller The Millionaire Tour to U.S. audiences on Hulu and Hulu Plus.

The film, starring and produced by Dominic Monaghan (Lord of the Rings), is aimed at 18- to 34-year-old men, an audience that the streaming video platform already connects with by offering content like The Blacklist and the Lost series, for example. The movie is about a traveling salesman who is taken hostage after hailing a taxi at the airport.

Vuguru, a multi-platform studio founded by former Disney CEO Michael D. Eisner’s Tornante Company, has found success for its projects on Hulu in the past. For instance, the companies partnered on the distribution of The Booth at The End, a five-episode half-hour Hulu original series that received millions of views and had an “extremely high view-through rate,” the company says. Due to the strong performance on the platform, the studio created a second season of the show.

The Millionaire Tour has already distributed the film internationally in the U.K., Canada, China,  Japan, Eastern Europe, and South America on cable, SVOD, and AVOD platforms. The studio will support the U.S. launch of The Millionaire Tour through social media and online promos.