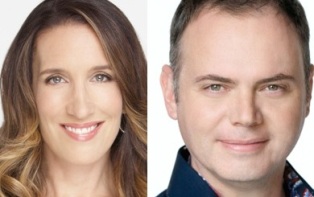 When you’re a low-cost retail chain selling designer products at a discount, you need to pull out all the stops to appear cool and fashionable

That’s why TJX Canada, which runs the Winners and Marshalls budget chains and the HomeSense home decor stores in Canada, tapped indie producer Pivotal Media to create the first episode of STYLE+TV, an online branded program available for viewing exclusively by its discount card members.

The program is also the latest branded entertainment content from Toronto-based Pivotal Media, which is run by executive producers Andrea Gabourie and Simon Watts.

The company is also in development on a web-based reality series with an unnamed international photography company.

Gabourie and Watts were Corus Entertainment execs before launching the production shingle in 2012.

Pivotal is best known for producing the YTV series Zoink’d!