A number of online video services have long benefited from YouTube's safety shortcomings - but what will happen when the world's largest video-sharing site launches a child-friendly version?

A number of online video services have long benefited from YouTube’s safety shortcomings with their sturdy parental controls and walled-in content — but what will happen when the world’s largest video-sharing site launches a child-friendly version for kids under 10?

Over the past 12 months, a heap of research has confirmed YouTube’s perch atop the children’s social networking and online viewing spectrum. And over the same period, rumors of a standalone child-friendly YouTube version have intensified. This week, The Information published a report outlining more concrete plans for a kid-safe YouTube that will serve the youngest of web-dwellers.

Of course, children’s content is no stranger to YouTube — the Google-owned network is home to clips and episodes from pretty much every major kids series, and it hosts dedicated paid children’s channels from such heavy hitters as DHX and Sesame Workshop. It’s also just as cozy with a whack of inappropriate content and ads that are easily viewed unintentionally by kids under 13, despite a safety mode that displays fewer inappropriate search results.

“I don’t think it will affect something as big as Netflix, whose content portfolio leads by a margin. It’s important for parents to not have advertising, which YouTube and Google can’t live without, and unless YouTube is willing to give stuff away for free, then they will have advertising to subsidize content costs.”

Just how big is YouTube’s impact on today’s kids? While apps like Instagram and Snapchat continue to amass throngs of young users, a 2013 study from U.K.-based Platypus Research found that YouTube, Facebook and Twitter still reign supreme among young social media users, with nine-year-old YouTube being the most visited social site among today’s British kids. Among 1,000 U.K. tweens and teens surveyed between the ages eight to 16, a whopping 97% said they liked or loved YouTube, and 72% admitted to being regular users of the site. The majority (77%) heads to YouTube to watch funny video clips, while 64% are using it to watch music clips, and 28% are looking for tutorials and gaming tips.

That falls in line with 2012 research from fellow U.K. research outlet Dubit, which found that American kids ages six to eight were consuming one hour of online video on YouTube every week, and that number only grew as the kids did, to 2.5 hours of weekly YouTube time by age 11. (YouTube says it is only intended for kids ages 13 and older and prohibits anyone younger from creating accounts.)

Meanwhile, a more recent study from Tennessee-based youth and family research firm Smarty Pants show that services such as YouTube, Netflix and Hulu in the U.S. are now competing on equal footing with kids television networks — and winning. The company’s TV Network Report cited YouTube as the second-highest rated “network” in terms of Kidfinity — a proprietary measure of kids’ brand awareness, popularity and love for a brand—falling just behind Nickelodeon and surpassing Disney Channel. 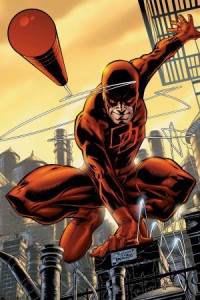 But even the notion of a safer YouTube – and the details of what that would entail are still in early stages, but apps and streaming will likely be involved – shouldn’t necessarily stir panic among the site’s competitors. That’s according to Tony Wible, a senior media and entertainment analyst at Philadelphia-based Janney Capital Markets, who specializes in TV and social media.

“I don’t think it will affect something as big as Netflix, whose content portfolio leads by a margin. It’s important for parents to not have advertising, which YouTube and Google can’t live without, and unless YouTube is willing to give stuff away for free, then they will have advertising to subsidize content costs,” says Wible.

“There’s already a lot of stuff on YouTube, and yet Netflix continues to grow, and there are more linear TV kids channels than before. So, YouTube won’t displace anything.”

There are some numbers that beg to differ. For one, the DreamWorks-owned YouTube network AwesomenessTV, which specializes in youth content, garnered 3.2 billion views last quarter. And Wible admits that the web has allowed for continued fragmentation of TV content, where shows are accessible, personalized and, above all else, cheap.

“Things are still to be determined,” says Wible. “But [implementing a kid-safe version] is certainly something YouTube needs to do.”