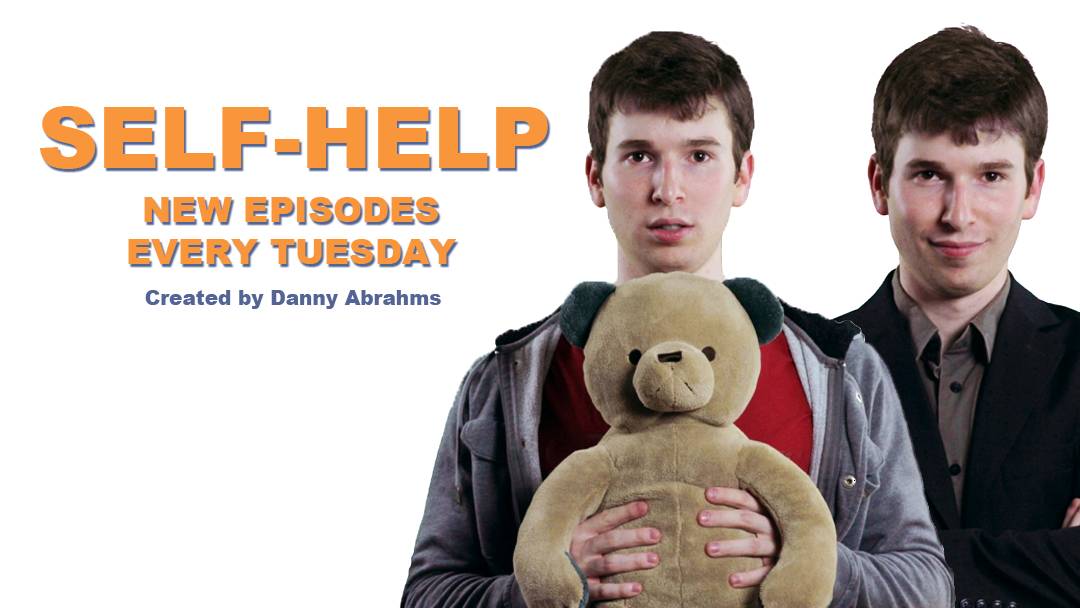 Creator Danny Abrahms goes the DIY route in a seven-episode short-form comedy series Self-Help, in which he plays a self-obsessed Millennial conversing with his inner self.

Danny Abrahms takes the DIY aesthetic to its inevitable conclusion in his new web comedy series Self-Help, which debuted its first two episodes on My Damn Channel (MDC) on Tuesday.

The barebones production was shot in Abrahms’ Hollywood apartment. The crew consisted of him and the director of photography, who provided the camera (a Canon 5D). The budget was whatever it cost him to pay for the “catering” (e.g. pizza) and the occasional prop.

While Abrahms received no upfront money from My Damn Channel, the deal he signed with the MCN could pay off eventually, perhaps enough to dwarf the cost of props and multiple Domino’s orders with both hot wings and cheesy bread.

“We share any ad revenue that comes out of the series,” Abrahms says. “They’re going to push it on their web site and their YouTube channel. They have a big subscriber base already, so hopefully people will tune in.”

In the shows, which run under two minutes, the 25-year-old Seattle native portrays a Millennial man-child engaged in a dialogue with a personification of his inner voice, as he struggles with self-doubt and pressing modern problems such as whether he should watch some Netflix on his laptop or get to work on a project.

“I like to think that the character is more reflective of who I was a year or two ago, when I first made the transition to the ‘real world,'” says Abrahms, who graduated from USC’s School of Cinematic Arts in 2011. “Although some of it is still pretty accurate… like the Netflix episode.”

“Self-Help got the most attention from my Facebook friends and a few different people encouraged me to keep making more episodes,” Abrahms recalls. It also stood out “from a production perspective, because it was the easiest one to shoot.”

Abrahms shot three more instalments of Self Help in the first half of 2013, then submitted two episodes to the New York Television Festival‘s new MSN-sponsored short-form competition for projects under two minutes. While the shorts didn’t get screened at the fest, entries that were accepted, like his, were made available to view online, where it caught the attention of My Damn Channel director of programming and acquisitions Eric Mortensen, who contacted Abrahms.

A meeting was set up during the fest in October 2013, and Abrahms booked a flight to New York and secured a week’s stay on a friend’s couch. He met formally with Mortensen and informally with MDC founder and CEO Rob Barnett (“It was in line for the bathroom,” Abrahms says). They hit it off, and the following month a deal was signed.

New episodes will debut on My Damn Channel every Tuesday. Abrahms has shot seven so far, and he hopes to make more.

“The show is really about shining a light on the conflicting relationship we have with ourselves and the neurotic way we sometimes deal with some of life’s issues, like career and dating and things like that,” Abrahms says. “So I hope it will make audiences laugh, but also kind of offer them some kind of catharsis.”