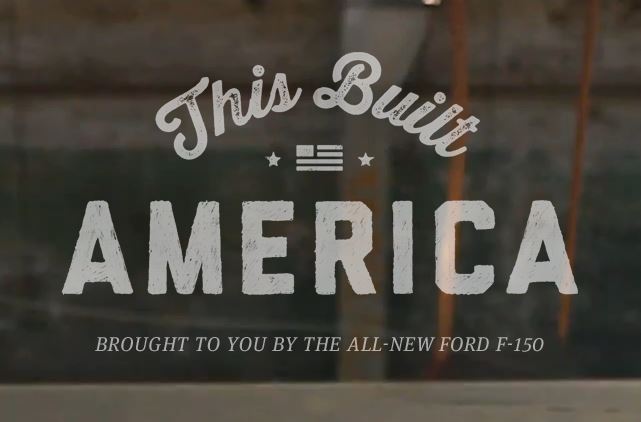 AOL and Ford team up for multimedia series

The Ford Motor Company puts its brand stamp on AOL's new project called This Built America, showcasing the rejuvenation of manufacturing in the good ol' U-S of A.

AOL’s new multi-platform, multimedia series This Built America will be highlighting 50 different companies from 50 U.S. states, but its overarching goal is to promote the brand of its title sponsor, Ford Motor Company.

Ford is looking to pique consumer interest in the redesign of its top-selling F150 truck series, set to debut in 2015. The first instalment in the campaign, which premiered on Monday, is a mini-doc about Shinola, the Detroit company that produces watches, bicycles, leather goods and a brand of shoe polish.

The videos in the series will also be distributed through the AOL On Network. It will also be housed on a custom interactive destination, thisbuiltamerica.com, which credits AOL and Man Made Content with producing and creating the campaign.

As part of the sponsorship, Ford will have custom pre-roll ads – reportedly created with input from the show’s producers to have a similar look and feel – premium ad units and additional branding that lives alongside This Built America content. The collection of content in the series will live across the AOL family of media sites, including AOL.com, Huffington Post, Autoblogs, TechCrunch, Engadget, Daily Finance and AOL Jobs.

But This Built America is not strictly video-based. It will also feature articles, photo essays and interactive maps, created by a small editorial team traveling the country, all designed to demonstrate the rejuvenation of manufacturing in America.