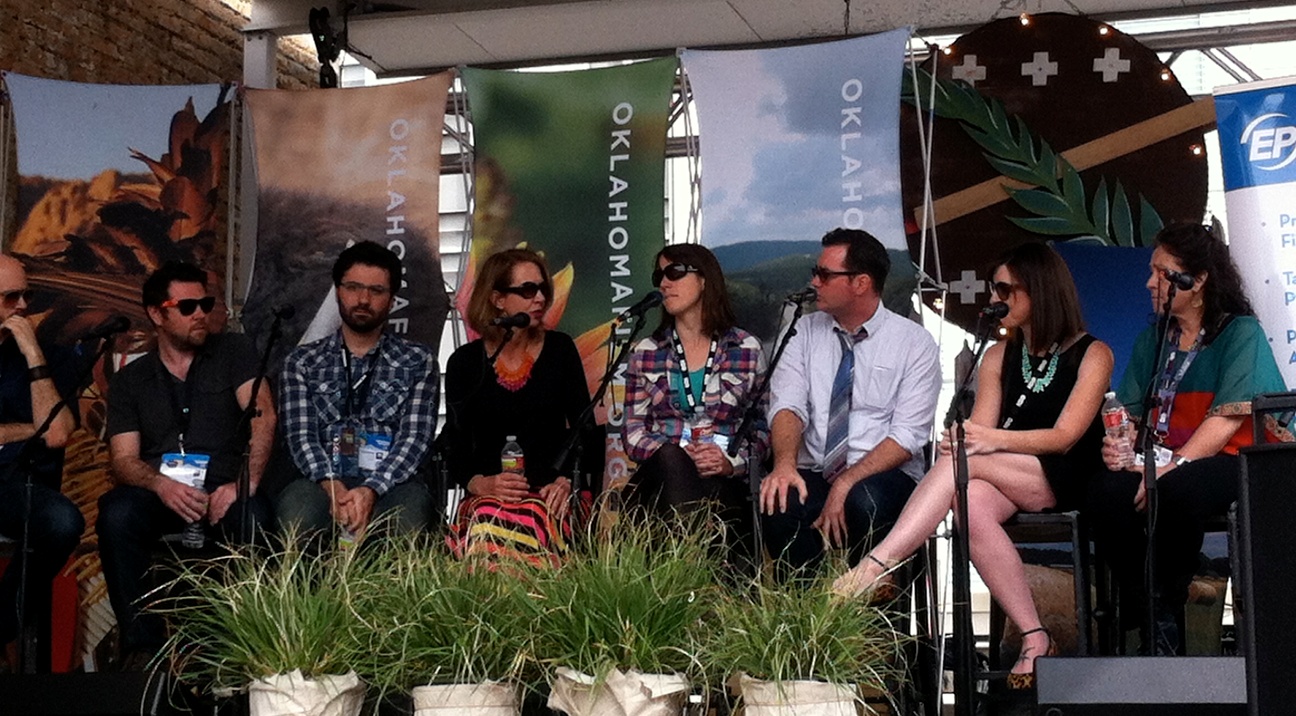 From branded content to NASA's video-game booth, in her SXSW wrap-up post Caitlin Burns looks at how essential content-creators are to business and technology innovation.

Caitlin Burns has been checking in throughout this week with innovations and insights from SXSW 2014. You can reach her at: @Caitlin_Burns

Throughout Austin, brands, networks and products have been trying to grab the attention of attendees through a connection to stories they already love.

Showtime’s Penny Dreadful adorns shuttle buses; SXSWesteros gives fans access to the world of Game of Thrones; and Nintendo has a full-sized, playable Mario Cart track. Other brands attempt to create or inspire affinity by reinforcing themes that are meaningful messages through brand patronage of the arts.

One of the brands on large display is Subway, a company that has created branded entertainment for years — one example includes their Hulu show about teenagers who work at Subway called The 4 to 9ers. They’ve also notably partnered with IFC Fresh Artists that gave a platform for student filmmakers (one of the finalists called The Ultimates is pictured right). Their SXSubway promotion held music, film, and of course, food trucks.

On the production side of things, I attended the taping of a webinar “From Slate to Slate: Films at SXSW” sponsored by the Producers Guild of America, Variety 411, Entertainment Partners and the Film Commissions of Texas and Oklahoma. This webinar was fascinating as it put into stark relief the issues of film incentives here in the United States, and how countries like Canada offer production incentives that are established and also legislatively supported or consistent. If you have an hour, the full webinar is well worth a watch, especially if you’re figuring out how to finance a production and are looking at locations.

Elizabeth Avellan, producer of many of Robert Rodriguez’s films (who this week partnered with Mountain Dew for his own filmmaking competition) and patron saint of Austin Film, described how the business has changed in Texas and globally. “It used to be much easier to find $2 million for a film … and shooting in Texas used to be much less expensive than California. It has all changed,” Avellan said. But what hasn’t changed is what she thinks about when starting a new project, she added, and that includes asking the questions: “How do you get your community involved? How do you engage the group that will benefit?”

This sentiment resonated to me with the insights that came up in one of my previous SXSW reports surrounding producing and entrepreneurship. What problem are you solving with your technology, and what question are you asking with your story? How can a technology be useful to the artists that will employ it and how will these media stories help their audiences navigate life?

As SXSW Film and Interactive wind down, a theme that keeps recurring is how profoundly innovation is inspired by storytelling.

At Taking the Collaborative Economy to Space, astronaut and venture capitalist Anousheh Ansari said her passion for space emerged from watching Star Trek episodes dubbed in Farsi. SXSpace has been a big conversation piece this year. NASA has a video-game enhanced booth showing how new spaceships are built in the Trade Show, and Cosmos not only previewed but launched dozens of viewing parties for its premiere this weekend, complemented by a SXSW keynote speech by astrophysicist Neil DeGrasse Tyson. It’s clear that narratives fired the imaginations of these innovators. And while creating a production — especially for the digital space — can feel like a moon shot, the potential impact of those stories feel well worth the effort.

Check out her previous post, in which she looks at new and emerging distribution platforms.