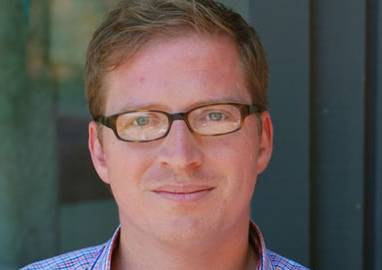 It will be a subscription-based online platform featuring an assortment of video micro-networks built around media figures they say have “super fan followings.” In order for a TAPP channel to be financially viable, those celebs or personalities have to draw 25,000 or more fans who are willing to shell out $10 for a monthly subscription, Gaspin told Bloomberg TV’s Bloomberg West.

Backers of the venture include Discovery Communications and Google executive chairman Eric Schmidt.

In announcing the launch, Klein said there will be long-form content for those viewing TAPP on PCs and smart TVs, and easy-to-access “snackable” content for mobile video users on the go.

“I think having the engagement with the viewer chained to the delivery of advertisers instead of the quality of content has felt awkward for some time.”

But what exactly will that content be? Videos interviews? Comedic sketches? Music performance? Live chats with their celebrity beloved?

“We’re definitely starting off with quality video broadcast [on demand], but we really think there’s going to be a lot of room for… hosted chats, live chats, hangouts and other interactions like that,” says Micheal Greer (pictured), co-founder and CTO of TAPP, who headed technology and product development for The Onion during its successful transition from print to online and social media. “We have the ability to do live streaming right now, but we want to use that when it’s meaningful and appropriate.”

What’s meaningful and appropriate will largely be determined by the personalities featured on the individual channels. Although Gaspin and Klein have said the first channel will debut in several weeks, TAPP hasn’t announced any talent signings yet. But they promise it will feature “top thought leaders” in the fields of sports, relationships, entertainment, lifestyle, fashion and fitness.

The New York Post reported that Sarah Palin is being courted, which TAPP will neither confirm nor deny, but Greer says they’re more than willing to step into the minefield of politics. (The online publication Capital says “a source familiar with the project” has confirmed that Palin will have a TAPP channel, tentatively titled Rogue TV.)

“I don’t think we’re afraid of passionate communities of any kind,” Greer says. “[TAPP] is about trying to intensify that sense of passion and connection around the content and the community… [and] politics, sports, and religion are areas where people are extremely passionate, so we’re very interested in those areas.”

One of the keys to TAPP will be the close monitoring of its “big data” analytics, so it can stay agile and change according to the wants of both the channel stars and their fans across the varying platforms.

“Different channels are going to require different mixes,” Greer tells StreamDaily. “It’s our hypothesis that [users of] over-the-top boxes are going to want more lean-back, long-form experiences. But we could be wrong, in which case we’ll adjust and give people what they want.”

Given the wealth of free celebrity content on the net, the decision to make TAPP a premium subscription service instead of an ad-supported one might seem questionable, but Greer, of course, disagrees.

“I think having the engagement with the viewer chained to the delivery of advertisers instead of the quality of content has felt awkward for some time,” Greer says. “It’s also a difficult business model. Not that we wouldn’t involve advertising at some point.”

And what’s in it for the channel stars?

“I hope it allows celebrities to run their own game, that they’re no longer locked into finding a sponsor for an idea, but that they can pursue ideas and engage their audiences and build content around communities,” Greer says. “We know how to build good digital experiences for their fans, and Jeff and Jon are past masters at creating great content. We’re trying to use technology to make that easier and faster to produce so we don’t have to lock them down in a studio for three hours a day.”

But what about the money? Are these personalities getting a cut of the subscription revenue, an upfront fee or both? The model, Greer says, is flexible at this point.

“The actual model can definitely change for everyone, but we’re not a television network,” Greer says. “We want to enable people to succeed. But they’re not employees. The intention is that we really want to be full partners with them.”