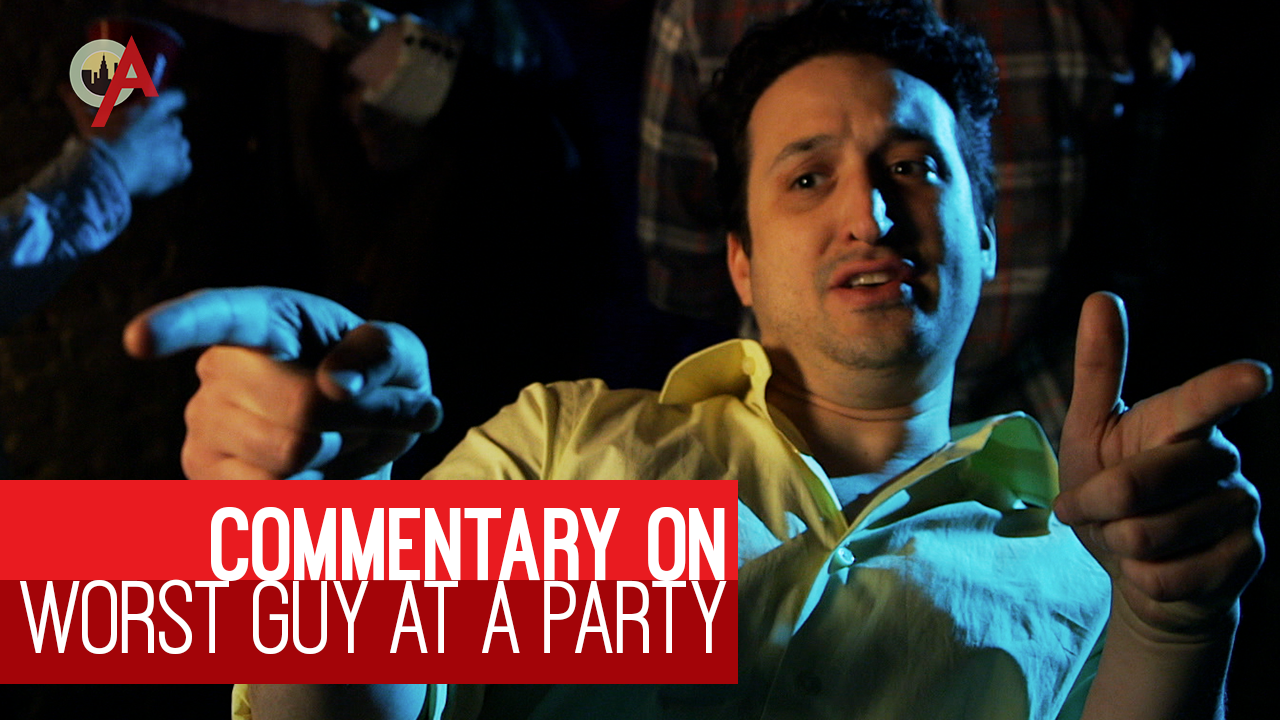 A look behind Above Average’s latest programming slate

Jennifer Danielson, GM and head of content for Above Average Productions, discusses the programming and production strategy at the comedy network that debuted three new and one returning series this week.

Because it’s part of the Broadway Video Entertainment family, Above Average has always been able to attract some of the most talented comedy writers and producers in the U.S.

But as it continues to launch new sketches and animated series, the comedy network is establishing that it’s not just a digital extension of Saturday Night Live or Portlandia — it has its own unique voice and brand that comes through in the programming.

“Several of us are former SNL employees,” says Jennifer Danielson, GM and head of content for Above Average Productions. “Obviously those relationships will remain and come through. But it’s really important for us, for Above Average, to become an outward facing brand of its own and for people to tune in for what Above Average is able to deliver.”

In that vein, three new animated shows made their debut on Above Average this week. These include The Idiot’s Guide to Smart People, (three episodes, written and created by The Bilderbergers); Monkey Love (six episodes, written and directed by Captain Hippo, and starring Jeff Goldblum); and Tiny Town (an ongoing weekly in-house production written and voiced by Emily Altman and Dan Mirk).

Thursday morning also marks the launch of a six-episode second season of Commentary On (pictured on top) a sketch that gets into the heads of characters like the “worst guy at a party,” created by Reverse Cowboy.

The programming slate came out of a quarterly pitch process that took place last December. There are 40 partner channels within the Above Average comedy network whose creators are invited to take part, and of those pitches, Above Average usually picks up enough series to fill about four months of content, Danielson says.

While some series get picked up for 12 episodes, most are a three- or six-part series. There are a couple of reasons for this type of roll-out. Some storylines are only intended to have a three-episode run, for one. The other reason is more practical: a six-episode series can be shot over the course of a weekend, Danielson explains. 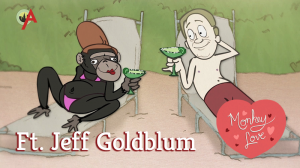 “A lot of people have a day job, and this is a good way to be able to get a nice story arc to the series, while also making sure that we are able to pull it off, from a production standpoint,” she tells StreamDaily.

Above Average owns all the content that streams on its channel, offering the producers a back-end deal that gives them permanent partial ownership and perpetuity on their series. The production house and MCN almost always buys the content in the form of an idea, then funds the project completely and works with the creators to develop it.

The network, which launched in 2012 and has about six million subscribers, has spawned successful series like Waco Valley produced by Ben Warheit and Landline TV, which is a six-part series that evolved from Tumblr about dinosaurs living in a human world and was recently picked up by Comedy Central.

By pairing up established performers and producers (Vanessa Bayer, Mike O’Brien, Paul Rudd, Sasheer Zamata) with up-and-coming talent, Danielson is building a community-driven platform that helps catapult the careers of the younger creators within that network.

So as Above Average continues to carve out its own voice and brand, the pull that comes with its parent company and established team of producers continues to help bring top talent (like Goldblum and Tim Meadows, who will make a series appearance soon) on board with little more than a phone call.

“That’s the opportunity we’re offering our channel partners — it will only help them grow,” Danielson says. “The best thing in the world that can happen is when somebody goes on to something else and people ask them, “How did you do this?” and they say, “Oh, I started at Above Average.”