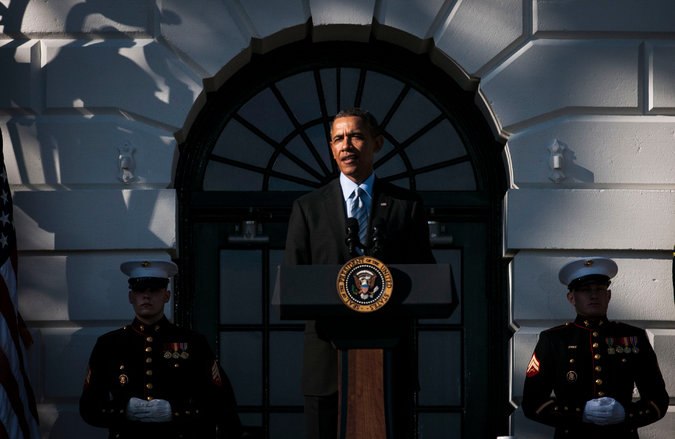 By appearing on the Funny or Die web series, the U.S president is reaching out to American youth who he hopes will sign up for health insurance on Healthcare.gov.

On a mission to “plug” the rollout of the Affordable Care Act, U.S. President Barack Obama appeared on Funny Or Die’s Between Two Ferns, where he was interviewed by (mockingly) disinterested and misinformed comedian Zach Galifianakis.

“What should we do about North Ikea?” Galifianakis asks the president during the approximately seven-minute interview, taped about two weeks ago and posted online Tuesday morning. Within hours it attracted nearly two million views. The host apologizes to the pres for cancelling on him “a few times” and glances at his notes to confirm his guest’s name and title, presented as “community organizer” (screengrab).

Appearing on the web series is part of Obama’s communications strategy aimed at reaching young people who he hopes will get the message that “Healthcare.gov works great now.”

From a PR perspective, other world leaders may find it too risky to appear on the show, as Galifianakis is known for asking prickly Hollywood types awkward questions most interviewers would never dare. But the president dishes out some zingers of his own, bringing up the talents and good looks of Galifianakis’ friend and co-star Bradley Cooper, and mentioning the flop of the The Hangover Part III.

When asked about how he feels being “the last back president” and not being able to run a third time,  Obama retorts: “If I ran a third time it would be sort of like doing a third Hangover movie. It didn’t really work out very well did it?”