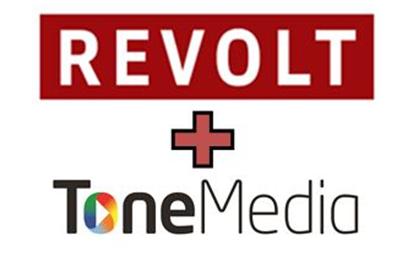 As part of the agreement, the Revolt video player will show up as embedded advertising on approximately 50 websites that ToneMedia either owns or represents.

Sean “Diddy” Combs’ Revolt TV announced on Monday that it has struck a deal with ToneMedia – a digital advertising platform focusing on music content – to host a customized Revolt video player featuring clips from the channel’s original programming, including interviews, performances and highlights from Revolt News, Revolt Live, In Harms Way and The Gate.

The Revolt video player will show up as embedded advertising on approximately 50 websites that ToneMedia either owns or represents exclusively, such as SongMeanings, AZLyrics, Bandsintown and SongLyrics, with a total of 55 million users.

Most of the Revolt player’s content will be the same as what’s available on the Revolt TV website, but there will be some programming that is exclusive to ToneMedia. All of it will be short-form video, mostly parsed out in two-minute segments.

“Our audience is primarily millennials, 18- to 24-year-olds,” explains Val Katayev, CEO of ToneMedia. “Their attention spans are very short, so we have to make sure we match our content to that.”

“For the last two years, we’ve been collecting data related to people’s music interest,” Katayev says, “and we’re definitely tailoring the content and the advertising experience to individual users.”

For now, the Revolt video player will not be customized for mobile.

“We want to make sure the experience is right in one environment before we start spanning across many mobile platforms, including iOS and Android at the same time as a web browser,” Katayev says.

Revolt TV launched last October on Comcast and reaches more than 50 million young adults through the company’s TV and digital properties. The buzz on Wall Street Monday was that Combs is offering $200 million to buy Fuse music network from Madison Square Garden, with the intention of re-branding it and adding its assortment of cable and satellite outlets (and the 74 million homes they reach) to the Revolt TV network.