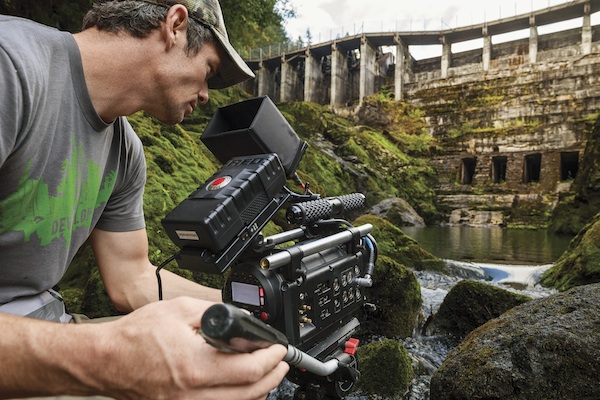 The redesign of the “storefront,” as it’s called because it’s where viewers search for films and series to rent or download, includes curated genres and titles distributed by creators to be easier to find.

The 18 new genre pages are now seen on a drop-down menu that also shows four special collections of indie content. These include curated lists from Oscilloscope Laboratories, a film distribution company founded by Adam Yauch of the Beastie Boys; Patagonia Selects, a selection of social impact films curated by Patagonia clothing company, including DamNation (pictured),  a documentary being presented by Vimeo Monday afternoon at SXSW;  Slamdance, which regularly partners with Vimeo to release films that premiere at the indie festival; and Vimeo SXSW Favorites, a list of staff favorites from SXSW Film Festivals of years past.

Viewers can also now have access to a section called My Library, which shows their rented, purchased and previously watched titles, and they can browse titles using dynamic cards that reveal poster descriptions and trailers. The content can then be purchased directly from the trailer.

Vimeo On Demand has a catalogue of 6,000 titles accessible to its 22 million registered members. The IAC-owned company has a global monthly audience of more than 149 million. Last week Vimeo announced an additional $10 million to help invest in filmmakers who want to give the on-demand platform an exclusive distribution window when they release their film.

“We want to continue to empower creators by making sure that as many people as possible see their extraordinary work,” said Dae Mellencamp, president, Vimeo, in a statement.