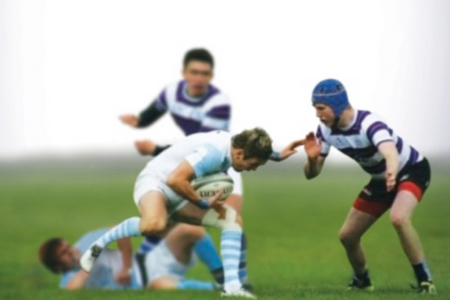 The U.K. company is aiming to help filmmakers get their work onto digital platforms with the launch of distribution model IF365, which goes live this month.

U.K. distributor Dogwoof is aiming to help filmmakers get their work onto digital platforms with the launch of a distribution model entitled IF365, which goes live this month.

IF365 will use Dogwoof’s relationship with platforms such as iTunes and Netflix to showcase feature documentaries such as Head Games: The Global Concussion Crisis (pictured above) — Steve James’ study of the chronic effects of repetitive head trauma in sports — which will kick off the initiative. Films will be selected for their appeal to either general audiences or special interest communities.

The ultimate goal will be to bring more top documentaries into the initiative and integrate IF365 into existing Dogwoof platforms such as Popup Cinema and Dogwoof TV.

“Our aim is simple: to create a transparent service that helps filmmakers get onto the leading digital film platforms, and look after those films and filmmakers,” said Andy Whittaker, founder of Dogwoof, in a statement. “Starting from the launch with Head Games, we will grow the service and learn along the way how to make it better for filmmakers.”

James added: “The beauty of [IF365] is it will give people greater opportunity to see Head Games, and this issue of concussion is so important right now that I think the more people that can see this film and learn from this film, the better.”