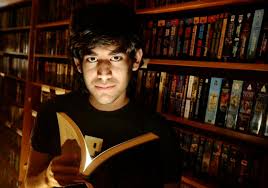 The money will go to expanding its crowdfunding and film festival programs, exchanging dollars for exclusive distribution on Vimeo on Demand, as well as the purchase of additional titles and catalogues.

Vimeo announced today that is celebrating the one-year anniversary of Vimeo on Demand with an additional $10 million investment to support emerging filmmakers.

The investment expands Vimeo’s crowdfunding program announced at the 2014 Sundance Festival by extending access to part of its $10 million fund to select titles that have successfully raised $10,000 or more through a leading crowdfunding platform, in exchange for an exclusive window on Vimeo On Demand.

A portion of the $10 million will be used for its 2013 Toronto Film Festival program, which offers guaranteed funding in exchange for an exclusive distribution window to any film that has premiered at one of the 20 leading global film festivals throughout 2014.

The money will also be used to accelerate Vimeo’s investment in individual titles and catalogs suited to its audience.

Vimeo has reported significant gains in recent months, with unique viewers at a record high of 168 million worldwide and 41 million in the U.S. for January according to comScore.

Featured image is of The Internet’s Own Boy: The Story of Aaron Swartz a doc directed by Brian Knappenberger, which Vimeo is presenting at SXSW.