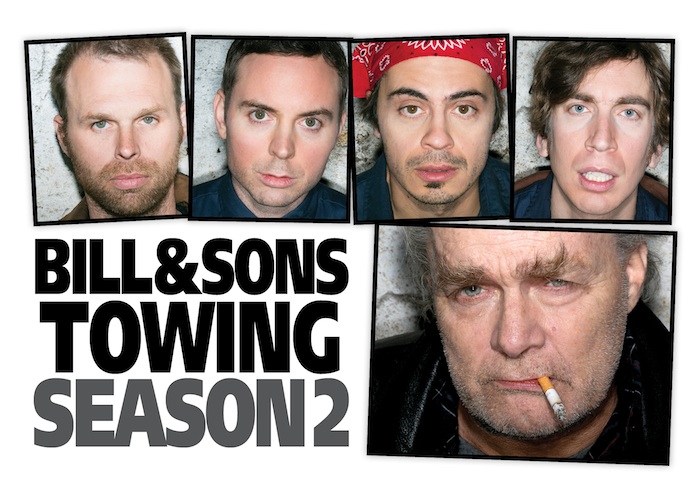 For the creators of Bill & Sons Towing, it wasn’t a problem to find someone interested in distributing their comedy show.

With an audience of more than 300,000 viewers and featuring an ensemble cast, the first season of the comedy, launched in 2012 on YouTube, received plenty of buzz and critical acclaim. Producers Charles Ketchabaw and Mark De Angelis of Ready, Set, Panic were selective when looking for a distribution partner who had the right strategy in place to help roll out the series.

“In this business there are a lot of aggregates building up caches of content and selling ads against their entire library. I think it’s very easy to not be a priority in anybody’s mind,” Ketchabaw told StreamDaily during a set visit last December. 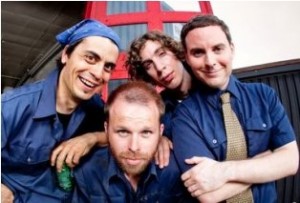 It seems they have found their ideal partner. On Wednesday, My Damn Channel (MDC) announced that it has picked up the show, which stars sketch-comedy troupe The Imponderables (Jon Smith, Tony Lombardo, Dave Brennan, Eric Toth) as four brothers who run a tow-truck shop. They all have different moms, but share the same dad, Bill, played by veteran Canadian actor Nicholas Campbell (Da Vinci’s Inquest, Republic of Doyle).

“What we’re looking for is organizations that are very much dedicated to comedic series online; somebody who also sees a life beyond the first and second season,” Ketchabaw said.

As part of the deal with MDC, the 10-episode first season of the show debuts Thursday on the MCN’s comedy vertical, with the 12-episode second season premiering March 27. The producers first met MDC co-founder and CEO Rob Barnett at a Just For Laughs festival about two years ago, around the time the first season of the show debuted, and have been in continued talks with him since.

It’s not an exclusive distribution deal, however MDC does have exclusive rights on the season two premiere of the show. With a budget of about $240,000 (CDN) per season, the Bill & Sons Towing is partially funded by Independent Production Fund (IPF) and one of the stipulations is that the show has to premiere on the web.

But the producers believe the show is good enough to eventually make the transition to television. That hope is justified considering the background of those who are involved in putting it together: director Vivieno Caldinelli has worked on projects for The Comedy Network, and Bravo! and Ketchabaw and De Angelis (who also co-directed season two) have years of experience between working on TV shows and feature films.

Casting well-known actors helps, too. This season, Jayne Eastwood, Gabrielle Miller and Jim Annan make guest appearances. Attracting well-known names to a web series is all about how you approach their agents, and the quality of the idea you present to them, explained De Angelis. 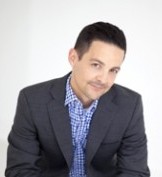 “Nick was high on our list from the get-go,” said De Angelis (left), about the role of the father that they offered to Campbell.

“The way we spoke with his agent and the way we put our foot forward is the way you would pitch someone if you were doing a TV series. We went to him with scripts, and we had a leg up with having been funded by the IPF,” he said.

On a snowy, December morning in Toronto, it’s clear even to a visitor that it must be a hoot to work with the comedy team, who have been together since 2001. The weather affected plans for the shooting of an episode about a party that the brothers’ main competitor, Stewart Sutherland, is hosting. About 25 members of the cast and crew piled into a cold garage in the city’s Northwest that served as a last-minute stand-in for Sutherland’s Towing, right next door to their regular set.

A fistfight ensued during the scene, and the art department had to decide how best to splatter the fake blood on the scarf of one of the actors. A toothbrush wasn’t splashy enough; a squirt bottle gets the job done. Meanwhile, three of the brothers tried to hold one back as he lunged at Stewart (played by Sandy Jobin-Bevans) near the sandwich table.

When the producers pitched the show to the troupe, right away it felt like it was the right place for them to extend the characters they had developed on the stage over the past decade, Toth said.

“The trick with us is finding why four different people would exist in the same location. It’s not that easy. There’s only so many different relationships you can lean on for that,” he said. “The show was originally called Meet the Fords, it was about a crack-smoking mayor. But people were like, that would never happen.”