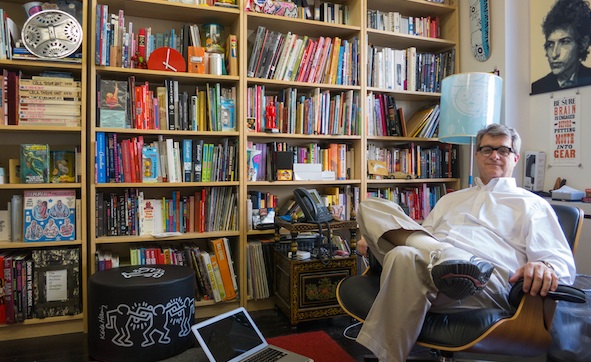 Fred Seibert: Finding success in the pursuit of happiness

Producers should get used to the idea that when they launch on YouTube, they're essentially running a media company, Seibert says. Read on for more sage advice from the animation guru and media exec. 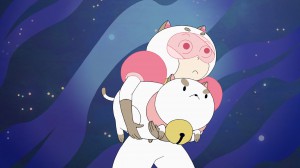 Fans who relate to the main character in online animated series Bee and PuppyCat know that the path to professional success is not paved with roses and rainbows. It’s hard work. And you may even have to work a bunch of intergalactic temp jobs first.

For cartoonists, partnering with an experienced producer is one way to turn their creative into a commercial hit. Fred Seibert, the man behind The Powerpuff Girls and Adventure Time, is someone all animators would love to work with. Seibert is not just a brilliant storyteller with an eye and ear for great talent — he is also a savvy entrepreneur who knows how to evolve with a shifting media landscape.

We asked Seibert what he looks for when programming for Cartoon Hangover or the Channel Frederator Network, which recently added Simon’s Cat to its roster.

“Part of this is a commercial enterprise and in order to keep our rent paid and peoples’ salaries paid, [I need to determine] whether what they do is commercially viable,” Seibert tells StreamDaily. “My core belief is that if you’re making enough people happy somewhere out there is a financial remuneration that comes from that.”

So far, I’ve recovered about half of my production costs by being online. That’s not as much as I recover when I license stuff to television, but it’s starting to approach that.

Read on to find out what Seibert looks for in a co-worker – a relationship he sees as the equivalent of getting married — and about his thoughts on some of the challenges facing animators who want to distribute their work on digital platforms.

Q: How do you decide someone is ambitious enough to work with and be successful?

A: There was a guy who I worked with for many years who started out making films that for me, weren’t so good. But when he came back to me with the next film, I go, “Well why should I give you another film, the last film was no good?” And he said, “The reason it was no good was this, and I worked really hard to get better at this, and that’s not gonna be a problem on this film.”

The challenge for most animation producers is, they’re not yet comfortable in understanding that once they go onto YouTube, they’re not just showing their animation – they’re running a media company.

So the next film would come out and it was a little better, but it still didn’t ring the bell. We made five or six films together. We spent over a million dollars because every time he came back, the film got better. The next film was better. And that was Butch Hartman. The last film we did together was The Fairly OddParents and we know what the story is from there.

To me, what Butch exemplified was the person who was always looking at himself and asking, “How do I make myself better?” And that would improve his film every time out. If people have decided that they’re already brilliant and they have nothing to improve in, and all they have to do is find that sucker to make their next film, that’s probably not the person that I’m going to bet on in the long run.

Q: What does it mean for other producers when a hit like Simon’s Cat joins the Channel Frederator Network?

A: The challenge for most animation producers is, they’re not yet comfortable in understanding that once they go onto YouTube, they’re not just showing their animation – they’re running a media company. And being focused on developing viewers and viewership and understanding their relationship to those viewers and viewership is always a challenge. 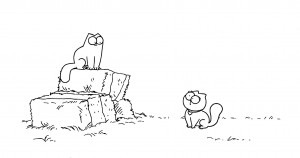 I think Simon’s Cat and all of the other big players we’ve signed up (FilmCow out of Florida; Sam Green out of Australia) give the newer producers hope that there is a future for them on the internet and that maybe they can build their careers there the way that the last generation of animators built their careers on cable television.

Q: But isn’t there also a strength in numbers in the digital network or MCNs?

A: Most of the YouTube-based networks are what I call ‘undigested’ networks of thousands and thousands of channels, none of which have a real relationship to each other. And therefore cross-promoting among those channels is often an exercise in frustration. Many of the people in those networks don’t know what to do about that frustration because they feel like they’ve joined these big networks and they’re looking for promotional advantage and they don’t really get much of one.

Channel Frederator Network is really the ‘Network 2.0’ on the internet. By staying focused in the animation world, we give all of the members of our network an advantage of being able to not only talk to each other and learn from each other, but be able to cross-promote themselves within the network and find like-minded viewers.

Q: Do advertisers get the ROI they’re looking for by placing ads against digital series on networks like yours?

A: Advertisers are still trying to decide that. I’ve been in the internet world for video for seven years. And literally, until 2012 I had one major advertiser come in with a major campaign on an animated series and it’s fair to say that they were not particularly happy with the return. Starting in 2012, when Google made their huge investment in the original programming side of their business, I think it woke up advertisers that maybe times had changed. 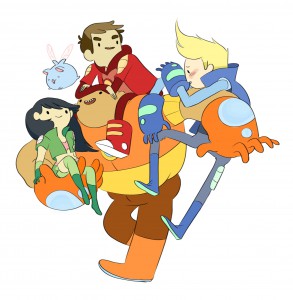 On my channel, the first year of advertising efforts that they did, I had Sony Entertainment in there in a really big way for their movies for their video games. They have been incredibly supportive. A number of advertisers have started talking with us about Bee and PuppyCat and about Bravest Warriors (right), our other show that has done well on Cartoon Hangover. But just like in the early days of cable, advertisers are rightfully very conservative. They have to show a direct return to their clients and to their bosses for what they do, and they’re taking it at a pace that works for them. Then ultimately that has to be a pace that works for us as producers and media companies.

Q: VOD services like Hulu, Amazon, and Netflix seem to be in a rush to invest in children’s series. What are your thoughts on this?

A: Everything that’s old is new again. HBO had a huge investment in kids programming in its first 10 years. Now, not so much. Everyone looks at kids as one of their first viable markets. It is a fantastic on-ramp for families.

Ultimately, the kids business is tiny compared to the rest of the business.

Q: If you were to quantify the percentage of revenues that you can make from digital and TV, what would the comparison be?

A: The producing that I’m doing on the internet is at a much higher level in production dollars than most of my community frame in online animation. I spend a lot more money than Mondo Media spends on Dick Figures or than Simon’s Cat spends on what they do. I probably spend anywhere between five and 10 times more.

So far, I’ve recovered about half of my production costs by being online. That’s not as much as I recover when I license stuff to television, but it’s starting to approach that. I still have syndication revenue that I can develop. I still have licensing revenue that I am developing. All the different ways that a producer makes money in what we’ll now call “traditional media” I think is viable for online media, but I still have a ways to go because the medium is still maturing.

Q: Is crowdfunding a sustainable source of revenue for content creators?

A: Crowdfunding says to a particular audience “You can be part of making something come true that you love.” That’s what happened with Bee and PuppyCat. My pitch to them simply was, this is an animation made by a woman that stars a woman and that tells women’s stories that men don’t mind either. Our audience is about 50/50 male to female. I have a hard time getting support for that model in the traditional world. They have so far responded in a huge way: $872,000, 18,000 people. I have no doubt that if we do well on the first season then maybe I can fund a second season.

I personally would feel a lot more comfortable if I could make every one of those contributors an investor. But at the moment, legally, I can’t. Literally the rules don’t allow me to make them investors. I believe that the marketplace is going to be evolving rapidly so that crowdfunding can go to another level. My friends at Betaworks and at Lerer Ventures announced the first kind of investment opportunity for crowdfunding, a company called Alphaworks. I think that’s the tip of the iceberg as to the next generation of crowdfunding, where crowdfunders can participate in a different way than getting T-shirts and toys. And if it evolves, I think it’s a really viable business model. If it doesn’t evolve, something else will take its place.

This interview has been condensed and edited by the author