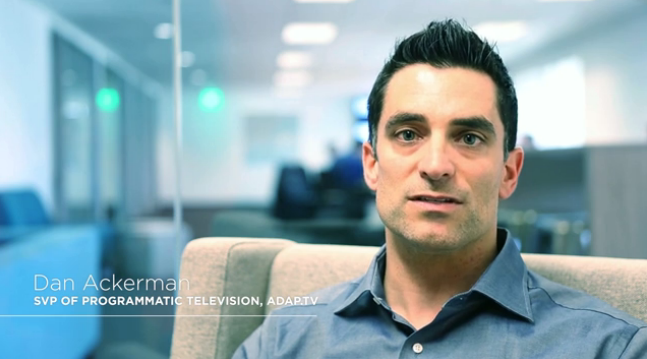 The AOL Networks-owned company's new launch is now available in the U.S. and will be launching in Canada before the end of the year.

Adap.tv has announced the availability of linear TV through its programmatic buying platform, Audience Path, in the U.S.

The launch means linear campaigns that run through Audience Path are automated to optimize based on key performance indicators from advertisers, delivering more relevant ads to consumers. Linear TV campaigns running in the Adapt.tv Marketplace have the potential to reach 90 million U.S. households across nearly 100 networks.

Dan Ackerman, SVP Programmatic TV, Adap.tv, says the AOL Networks-owned company will also be launching the product in Canada before the end of the year.

“We are focused on connecting buyers and sellers for data-driven online video buying and this is a natural evolution of that same baseline technology with the eventual goal of starting to activate to where an advertiser can use one data set to identify that audience and optimize a campaign to reach them across desktop, mobile and linear TV,” says Ackerman (pictured in screengrab).

Adap.tv ran a test of Audience Path with Magna Global, the investment and intelligence unit of IPG Mediabrands, with its agencies running digital and TV campaigns through the service. Magna Global estimates that nearly 70% of IP-delivered video will be transacted programmatically by 2017, according to the release.