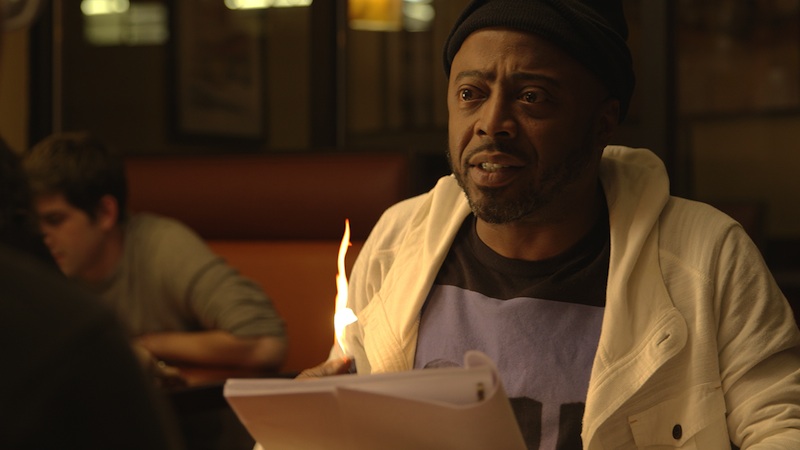 Step 9 debuts on Above Average

Above Average launched a new series on Tuesday called Step 9, one week ahead of the comedy network’s new content slate that will kick off next week.

Produced by Above Average’s Caroline Chewning (The Future with Emily Heller) and directed by Josh Ruben and Vince Peone, who are known for their work on Collegehumor.com, the rest of the three-episode series will be posted on Wednesday and Thursday of this week.

The show follows Donnell (played by Donnell Rawlings, pictured) as he attempts to complete step nine  — make direct amends — of a 12-step program, but proves to be hilariously bad at it. Viewers are meant to have a love-hate relationship with the title character, similar to the yuppie couple on That Couple You Know, a six-episode show that recently wrapped.

The digital network’s development team vets pitches on a quarterly basis and Step 9 was an idea that evolved from a third-party pitch during this process. It was written by Luke Kelly-Clyne (Remix the Movies).

Next week, Above Average will debut a new content slate that includes Monkey Love, Idiot’s Guide to Smart People, and Commentary On. More details to come.

Above Average is owned by Broadway Video Entertainment, a New York-based media company led by Lorne Michaels, the creator and executive producer of Saturday Night Live.