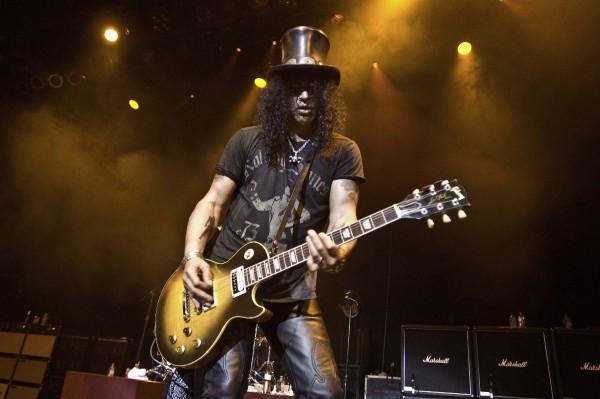 In a new web series, Real to Reel with Slash, sponsored by string-maker Ernie Ball, the former Guns N' Roses guitarist gives fans a behind-the-scenes look at the recording of his upcoming album.

With album sales in the toilet, MTV playing reality shows, and rock radio stuck in an endless rotation of hits from the ’70s, ’80s and ’90s, it’s no surprise to find that Slash has turned to the internet to get the word out to fans about his new album. The twist is that he’s doing it long before the album is finished. 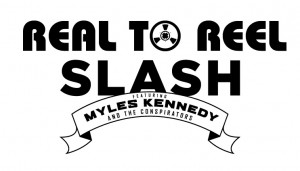 In his new online show Real to Reel with Slash, presented by string-maker Ernie Ball, the former Guns N’ Roses guitarist is giving fans a behind-the-scenes look at the making of his new album from start to finish, from pre-production at NRG Studios in Los Angeles to recording at Studio Barbarossa in Florida. A new installment will be posted each week at Slashonline.com and the musician’s YouTube channel. The first episode, launched last week, has been viewed about 50,000 times.

While the show’s concept is forward-looking, the album itself is being recorded the old-fashioned way, on 2″ analog tape, instead of a computer-based digital audio workstation.

“I love the process of recording live in the studio and the sound of a rock ‘n roll band recorded on 2″ tape as opposed to digital,” Slash explained in a statement. “I thought it would be cool to show some footage of us doing exactly that.”

Joining Slash in the studio is his band The Conspirators, featuring lead vocalist/guitarist Myles Kennedy (also the frontman of Alter Bridge), bassist Todd Kerns and drummer Brent Fritz. The band previously worked with Slash on his self-titled 2010 solo album and its 2012 follow-up Apocalyptic Love.

Produced by Elvis Baskette, the yet-to-be-titled album is due for release this fall.