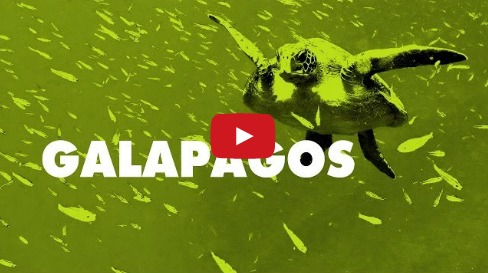 Contiki's #NOREGRETS social media campaign, which runs through to April, went global after YouTubers helped deliver 35% of the travel company's annual sales for 2013 in Canada.

Much like the fast-times adventure a typical 20-something would enjoy abroad, a global video campaign from Contiki travel company delivers a lot of fun (and big results) on a shoestring budget. 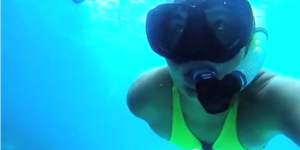 The #NOREGRETS Adventure Challenge, a brainchild of the company’s marketing team in Canada, includes weekly original videos created by YouTubers and celebs about their experiences around Europe, South America, Oceania and Asia. Until mid-April, viewers can win trips and take advantage of discounts to places like the Galapagos, as vlogged about this week by Australian pro-surfer (top right) Felicity Palmateer.

For the brand, this is a “shockingly inexpensive” campaign that delivered impressive ROI last year in Canada — their biggest sales increase in seven years, says Brad Ford, president of Contiki Holidays Canada. Through promotion-code tracking, Contiki also determined that 35% of all their 2013 sales occurred within the eight weeks the promotion ran.

In order to keep the experience authentic, the talent was not paid upfront, but their travel fees and costs of producing the video were covered by Contiki. “A lot of ambassadors are paid ambassadors and … we didn’t want to pay someone to say what we had scripted for them,” Ford tells StreamDaily. 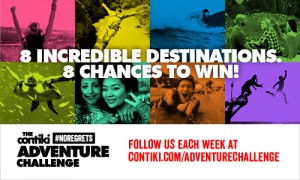 A creative brief is given to the vloggers who then develop their own video that is partly edited by the brand and then seeded on partner networks and YouTube channels.

“I really think there’s that whole credibility that comes with someone going on our trip without being paid to do so, and experiencing it in its raw value, and translating and expressing that themselves in their own way in their own videos.”

As a nod to the campaign’s Canadian roots, four out of five of the YouTubers enlisted to make videos this year are Canadian — Nadine Sykora (HeyNadine), Tim Deegan; Andrew ‘Gunnarolla‘ Gunadie; and Max Gatty from Sundayfundayz. American YouTuber Alli Trippy is also vlogging for Contiki, as is actor Michael Welch  (Twilight) and New Zealand TV/radio personality Connor Nestor.

“If you go on a typical Contiki trip, you’ll see all the different kind of belief systems and lifestyles that these people bring to the table for us,” says Ford. “So Nadine is the really smart, brainy girl next door; Andrew is the connected pop-culture music guy; Tim is a bit of a jock … and the Sundayfundayz guys are just the good-time guys and they’re always the ones who incite fun and a little bit more adventure than people would typically want to do.”

Last year’s #NOREGRETS campaign had about 90 million impressions globally, and the company is hoping to double that this year, says Lauren Howard, national brand and marketing manager at the vacation-booking company in Canada. Contiki’s digital marketing agency is Toronto-based Spoke.

“Our consumers really want to hear from their peers. They want to gain information about our trips through peer-to-peer storytelling rather than having a corporate head telling them why they should go on a Contiki trip,” Howard says, about their core 18- to 35-year-old demo.

Approximately 100,000 engagements were generated last year, two-thirds of which came from Facebook, according to Contiki’s figures.