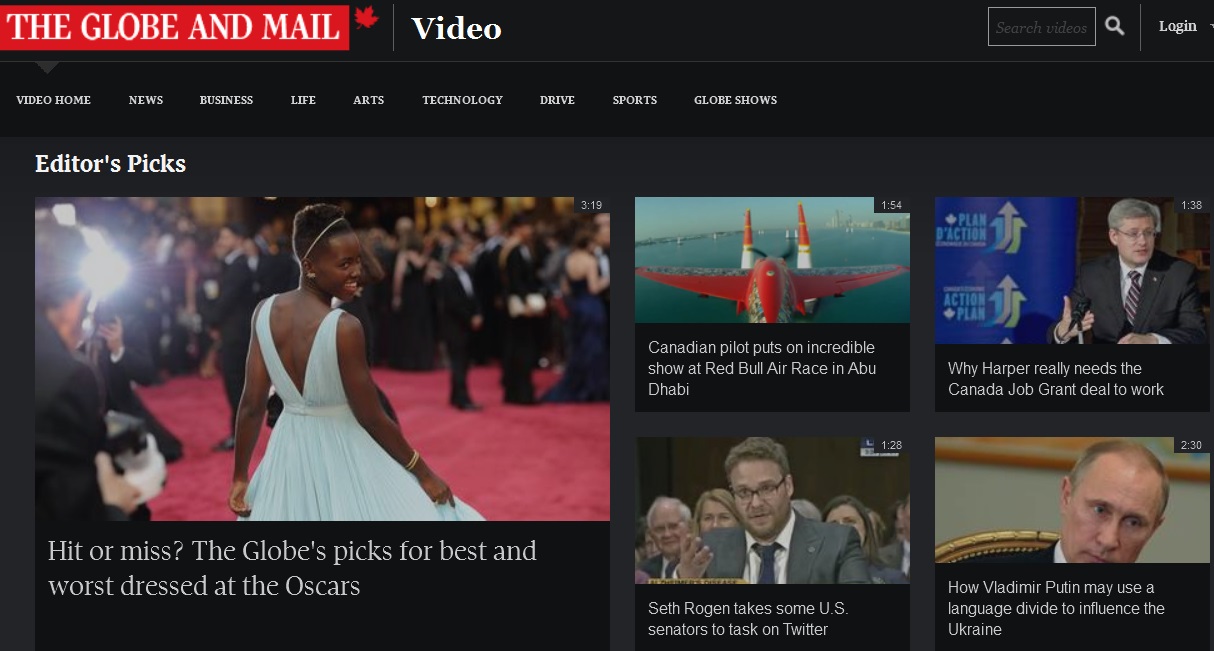 In April The Globe and Mail will debut a show called Globe Now, sponsored for the first three months by Lexus, in the latest effort to create "daily appointment viewing" on the site.

Canada’s national newspaper The Globe and Mail has unveiled a refreshed homepage, increasing the focus on photography and video one month out from the early April launch of the paper’s daily video series called Globe Now.

Each weekday a new six- to eight-minute-long Globe Now show will be featured on the site. It will be split into three segments and highlight the day’s top news stories with pre-, mid- and post-roll advertising options, says Cynthia Young, director of digital advertising products and innovation at the Globe and Mail.

Globe Now will target readers aged 25 to 34 and live in front of the site’s paywall. That target is slightly younger than the 42-year-old average age of the Globe’s online readers.

The ability to run videos in those three positions is new to the Globe, says Young, adding Lexus has sponsorship around the series for the first three months after launch.

“Globe Now is the next natural step of our video strategy,” Angus Frame, VP of digital media at the Globe and Mail, tells Streamdaily’s sister publication Media in Canada.

“We saw people responding to videos on the site really well and we wanted to up our commitment to that format. That daily appointment viewing we think we can create with Globe Now is an example of that.”