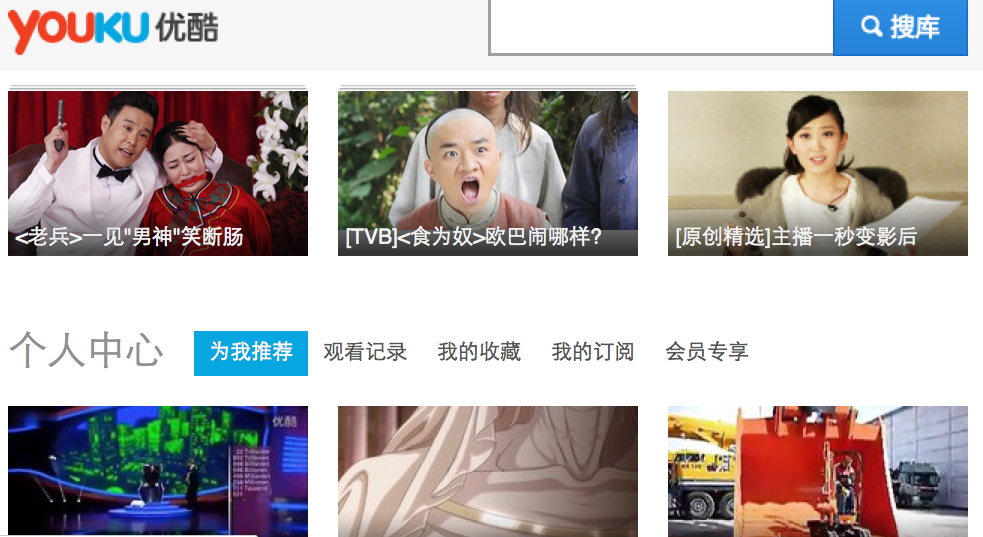 The Chinese online-video company has a multi-pronged content strategy that includes attracting big sponsors like Mercedes-Benz to original programming as well as co-producing with traditional TV networks.

Youku Tudou, one of the biggest online video companies in China, has turned profit for the first time in the company’s history, according to a 2013 Q4 earnings call released Thursday.

The company, which in 2012 merged the mainstream video platform Youku.com with the younger, edgier Tudou.com, has a multi-facing business model that is like a combined YouTube, Hulu, Netflix and Amazon. Its non-GAAP net profit for Q4 was US$7.3 million (RMB44.2 million), with net revenues of US$148.9 million (RMB901.3 million) — a 42% increase from the corresponding period in 2012.

The number of advertisers at the end of last quarter was 481, with advertising net revenues of US$132.3 million (RMB801.0 million). The average spend per advertiser is rising, according to the company.

“Web-based content is doing as well, if not better than, traditional programming on the internet.”

Youku Tudou is harnessing the popularity of mobile phones in the country to aggressively sell a “multi-screen solution” to advertisers for 2014. Last year unique daily views on mobile reached over 50 million, Koo said.

“On the multi-screen side, mobile, whether it’s in terms of video views or user time spent, has already exceeded PC as of the end of last year. So we’re no longer just (a) #1, #2 online video website, we’re very much an app and web-based video platform,” said Koo, on a call with investors. “So you should expect by the end of 2014 that our app-based traffic will be considerably higher as a percentage of overall traffic on the multi-screen.”

Youku Tudou has a “balanced” content strategy that includes purchasing international rights to shows from Korea, Japan, the U.S. and U.K. (Sherlock, Downton Abbey, The Walking Dead); investing in first-run domestic TV series; original programming; and user-generated content and partner-generated content. (A revenue-sharing program allows its top video creators to earn between $3,500 and $10,000 per month.)

The execs believe original programming presents the greatest opportunity for attracting unique sponsorships, as well as new syndication opportunities, by taking content to traditional mediums like TV and the big screen.

Last year, content costs for the company amounted to US$235 million (RMB1.4 billion) — 47% of their net revenue.

“We believe our balanced approach regarding content is important for us to cement our leadership position and achieve profitable growth,” said Dele Liu (pictured right), president of Youku Tudou.

“We’re increasing our effort to work with TV stations to bring web-based content to TV screens,” he added later.

Youku original series On the Road, (left) which is about a young couple’s travels, recently attracted a sponsorship from Mercedez Benz and is going to air on the country’s national TV network, CCTV-1 in March.

Surprise has accumulated a record of more than 500 million views, which is comparable to the top-rated TV dramas, Liu said.

“Advertisers like Mini Cooper or Jeanswest or Ford are looking for a younger demographic, and so it’s much more associated with the Tudou content portfolio, where some of the more mainstream premium brands actually decide to go with Youku’s original content,” Koo said. “So we’re seeing a wide acceptance, whether you’re talking about sponsorship, whether you’re talking about product placements…  people understand that web-based content is doing as well if not better than traditional programming on the internet.”

Featured and On the Road screengrabs via Youku.com