Oscars to stream live for the first time in the U.S.

Both the pre-show and the awards telecast will available on a variety of online and mobile platforms under the Watch ABC umbrella. But there's a catch.

Viewers miles from the nearest TV when ABC’s telecast of The 86th Academy Awards kicks off this Sunday at the Dolby Theatre in Hollywood will still be able to catch host Ellen DeGeneres’ monologue — as long as they’re connected.

For the first time ever in the U.S., both the Oscar pre-show and the full awards telecast will stream live online and on mobile devices via Watch ABC, which is available on Oscar.com, ABC.com, watchabc.com and the Watch ABC app, which is free on select Android devices and iOS.

But there’s a catch.

Verified users can tune into the ABC live, 24/7, as well as get next-day on-demand access to most series. After the Oscars have aired, the full telecast and pre-show will be available on demand for three days. 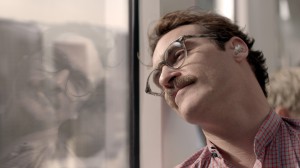 A second-screen experience, The Oscars Backstage, will be available via live stream to all Watch ABC users, regardless of whether they are verified subscribers. Viewers will be able to select from three channels drawing on feeds from more than 15 live cameras on the red carpet and throughout the backstage areas of the Dolby Theatre. Positions include the Thank You cam, Winners Walk, Audience and Press Room.  Fans will also be able to access the official Oscar Buzz social feed and photo galleries from within the app.

Oscar.com will post video highlights from the telecast and The Oscars Backstage on Oscar.com/blogs as embeddable clips almost immediately after they air. The site will also feature a dedicated “Music Moments” section sponsored by Pepsi with the show’s musical performances – including renditions of this year’s Ocscar-nominated songs – as well as in-depth video and photo coverage of past music winners.

In Canada, even cord-cutters will be able to watch the show via live stream on CTV.ca and on the CTV GO app. An account with a participating TV service provider is typically required, but the network, which experienced a backlash after their botched streaming attempt last year, will unlock the service on Sunday night.

In the U.K., the Red Carpet Live pre-show will be available from 11:30 p.m. local time on Sky Living and Sky Movies Oscars. The main event will kick off at 1.30 a.m. Monday.