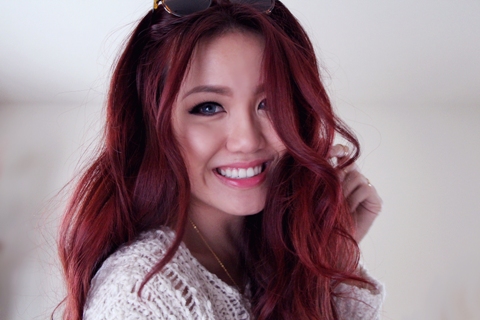 Under the influence of… Nebraska funny girl, Lili

Influicity, a marketing company that hooks up brands with YouTube influencers, profiles Lili, a YouTube star with 365,000 subscribers who has developed sponsored videos for Puma and Garnier.

StreamDaily asked Influicity, a Toronto-based marketing company that hooks brands up with YouTube’s rising stars, to identify the creators whose trajectory has positioned them as an influencer.

Today’s profile in this ongoing Under the influence of… column features Lili (lilisimply), a Nebraska biology student and style vlogger who has worked with brands like Garnier and Puma. Last week, she debuted a five-part series (unsponsored) on spring fashion, featuring her fave picks from shopping sites Romwe.com and Sheinside.com, that collectively brought in more than 135,000 views in just a few days.

Influicity asked Lili about her background, her growth, and what it’s like to be a college student with a cult-following on YouTube.

With a DSLR camera and a bit of time on her hands, back in 2011 Lili decided to film a video on applying makeup. A lot has changed in three years.

“My parents were in Vietnam recently and they saw someone in a restaurant watching one of my YouTube videos,” says the 21-year-old video blogger from Nebraska. “That was really cool.” Lili has an audience of 365,000 subscribers, and she regularly vlogs on style, beauty and hair, sharing content on social media sites like Twitter, where she has more than 11,000 followers.

Her own hair and makeup are flawless, but she’s not afraid to make funny faces at the camera and poke fun at herself. “Did I just eat some of that?” she says, as she catches some angora wool in her mouth while holding up a “snowman” sweater, in one of her style videos posted last week.

Lili’s sponsored video featuring Puma sneakers, has amassed more than 70,000 views since it aired last fall. An instructional video for a Garnier facial mask, where the focus for the brand is education and advocacy, has been viewed 42,00 times. Media for both campaigns was handled by ZenithOptimedia. 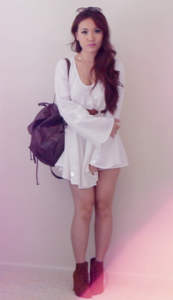 What made you decide to focus on beauty/fashion and vlog about it?

I actually really wanted to start a comedy channel. I made a couple videos and I thought I was really funny! But no one else thought so. I also found that when I first started, I hid my kooky side, I wanted to come off more serious. Now my personality really shines through and people seem to like my style tips.

What’s your ideal video in terms of length and format?

My videos average five minutes and that’s really important to me. When I watch videos online, I can’t go for more than five. If it’s longer, I’ll just turn it off. I have the attention span of a squirrel, but I feel like people can’t really sit there and watch for any longer. I do all my videos at home because everything is already set up. I’ve changed my video editing techniques and added effects over time but the format is generally the same. I make a lot of [jump] cuts. You’ll never hear me say “um” – I cut that stuff out.

Did you go to school for it or is it something that relates to your job?

I’m in school right now to be a pharmacist, so there’s no relation to my job or schooling. When I was younger, I really wasn’t stylish in any way. As I grew up, I started to have a real interest in fashion and putting pieces together to create a look. In high school I was voted best dressed.

How do you promote your channel?

When I first started, I had about 100 subscribers, and I would go to other peoples’ channels and comment on their videos, then ask people to visit my channel. I did this a lot and it actually worked — people gave me a chance. Then when I got up to 1,000 subscribers, there was one video that just exploded. It was called Soft Romantic Curls, Hair Tutorial. That video has 6.2 million views today. The hair tutorials seem to be the most popular videos. When I posted a video about how to cut bangs for example, I [also] got a big boost in subscribers.

Next week, Influicity’s second installment of this column will feature another rising YouTube star in the style category.

*Used by clients when formulating pricing, the Influicity score takes into account YouTube subscribers, average views per video, comments, likes, and the quality of the subscriber accounts. This information is blended with data from Klout.com and Kred.com to produce a score between 1 and 100.