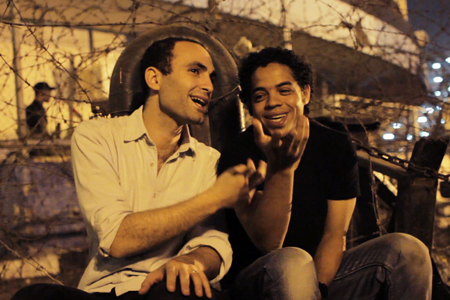 The Square released on YouTube in Egypt after facing censorship

The digital release tactic for the Netflix doc echoes a similar approach by U.S. distributor Drafthouse Films to make The Act of Killing available in Indonesia.

Following in the footsteps of fellow Oscar-nominee The Act of Killing, the team behind The Square (pictured) are making the doc available online for free in the country in which it was shot.

The doc, directed by Jehane Noujaim and produced by Karim Amer, has been uploaded to YouTube and geo-blocked so that only people in Egypt can see the film.

The move comes with Egyptian authorities having attempted to ban the film — the latest edit of the Netflix doc has not yet been approved by the country’s censors. The release tactic also echoes a similar approach taken by U.S. distributor Drafthouse Films, which teamed up with Vice Media to make Killing available in Indonesia via the film’s website, supported by digital platform VHX.

Both films are nominated for the Academy Award for Best Documentary Feature, alongside 20 Feet from Stardom, Dirty Wars and Cutie and the Boxer.

In a joint statement, the filmmakers behind the Egyptian doc said: “The Square was born out of Tahrir, and we were a collaboration of over 40 Egyptian filmmakers who made it.

“It was really important for us that Egyptians — the people who have sacrificed everything for this revolution — get to see the official Arabic version of the film at the same quality as the rest of the world. We were finally able to make it happen. So here it is. Hopefully we can watch it together in the square soon.”

Censorship, Netflix, Oscars, The Act of Killing, The Square, VHX