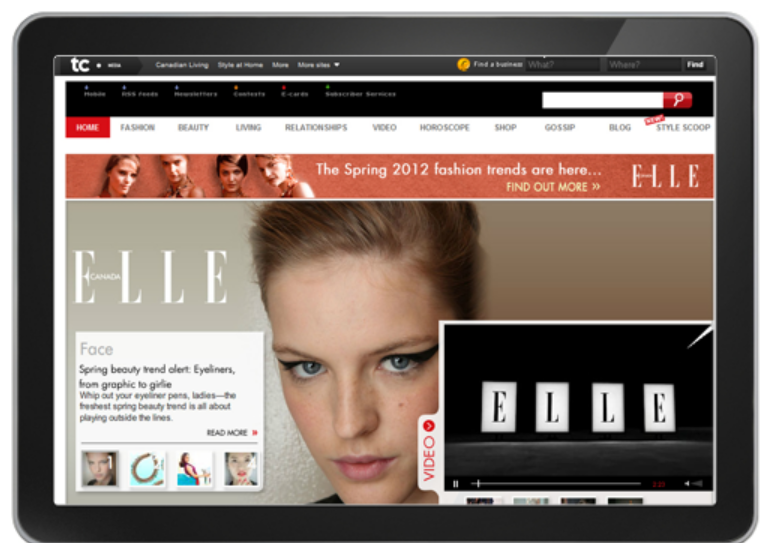 The company's SVP of consumer solutions Carlos Lamadrid on plans to increase the amount of original video content relating to brands like Canadian Living, Coup de pouce and Elle Canada.

Canadian publisher TC Media has started production on a new slate of original online video content with plans to start rolling it out on its websites this summer.

Carlos Lamadrid, SVP of consumer solutions at TC Media, tells StreamDaily sister publication Media in Canada that the videos will be produced for all of the media co’s titles, but will focus most on Canadian Living, Coup de pouce, Elle Canada and Elle Quebec.

“These brands lend themselves well to video because a lot of video that is how-to based really resonates with the consumer, from ‘how to cut an onion’ to ‘how to put on florescent eye shadow in a different way’,” he says. “Things that educate are very popular with consumers and those brands in particular play well to that.”

Lamadrid says prior to starting production on the videos, TC Media reached out to both advertisers and audiences for the brands to determine the kind of content they want to see on the sites.

“There is potential for the videos to be run with sponsors, but they don’t have to be,” he says. “Our only rule for the expansion is creating great content that people want to watch and making sure that the content isn’t too long. The average length of the pieces will be about two-and-a-half to three minutes long.”

While U.S. publishers like Conde Nast and Hearst have been working to establish video channels related to their brands for the past couple of years, Canadian publishers (until now) have remained fairly quiet on that front. Perhaps that’s about to change.

While not commenting on exact numbers, Lamadrid says the investment in adding original online video content to its sites is “significant,” with content beginning to roll out this August.