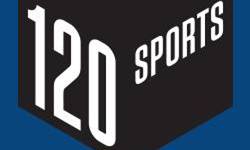 Live-streaming multi-sport network 120 Sports will create original programming in two-minute segments, and in addition to the publisher, content partners include NHL, MLB.com, and the NBA. But wait, no NFL?

Viewers who dream of having a SportsCenter-like experience that they can carry in their pockets can get their wish with 120 Sports, a live-streaming multi-sport network set to debut this spring. The free native application will be available on mobile and tablet devices, as well as on the web at 120Sports.com and other distribution outlets. Premium content will be added in 2015.

The network named it 120 Sports because programming will be presented in two-minute segments. It pledges to deliver “original and hosted programming that will deliver timely, interactive narratives of the stories around sports,” incorporating game footage, analysis and social commentary from players, newsmakers and fans.

Content partners include 120 Sports equity investor Time (owner of Sports Illustrated), as well as the NHL, NBA, MLB.com and NASCAR. It will also feature leading collegiate conferences via Campus Insiders, a joint venture between IMG College and Chicago-based digital sports media company Silver Chalice, the latter of which is an equity investor in 120 Sports and will oversee its production and business operations.

The headquarters for 120 Sports will be at a custom-designed-and-built digital production facility on the campus of Harpo Studios, the former home of The Oprah Winfrey Show, on the Near West Side of Chicago.

Although the 120 Sports promises to provide viewers with “a 360-degree look across all sports,” the NFL is conspicuously absent from the announcement. But the network promises that more partners will be announced at a later date, along with talent and additional programming.