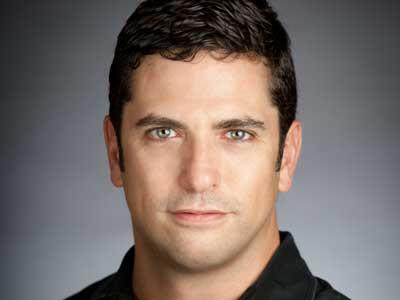 Gary Ellis will be responsible for the global web and mobile strategy for the publisher and its slate of iconic magazine brands including Cosmopolitan, Elle, Esquire and Harper's Bazaar.

Former Viacom exec Gary Ellis will be joining Hearst Magazines International in the newly created position of chief digital officer, effective March 3, it was announced Thursday. In his new role, Ellis will be responsible for the content, technology, operations and overall business strategy for HMI’s global web and mobile products.

Based in New York City, Ellis will report to Duncan Edwards, president and CEO of Hearst Magazines International.

“Gary is a forward-thinking, energetic leader with a proven track record of growing audience and revenue through innovative content, products and partnerships,” Edwards said in a statement. “He’s an expert at working across continents and cultures, and his talent and imagination will accelerate our digital initiatives around the world.”

An alumnus of Hamilton College, La Sorbonne in Paris and Harvard Business School, Ellis was VP of international digital media for Viacom Media Networks from 2005 to 2013, where he helped build the company’s online network, oversaw product development, marketing, programming, social media, sponsorships, production/operations and the creation of scalable, multi-platform business models. From 2003 to 2005, he was Viacom’s director of digital media, having developed entertainment content for MTV, VH1, Comedy Central and CMT’s mobile and online platforms. He also helped launch MTVMobile and VH1Mobile in the U.S.

“Hearst Magazines’ well-known and loved brands, including Cosmopolitan, Elle, Esquire and Harper’s Bazaar resonate with a diverse, global audience,” Ellis said in the statement. “I am looking forward to working with the in-market teams to amplify Hearst’s engaging, dynamic content on all platforms for these and the many local and pure-play assets in the network.”