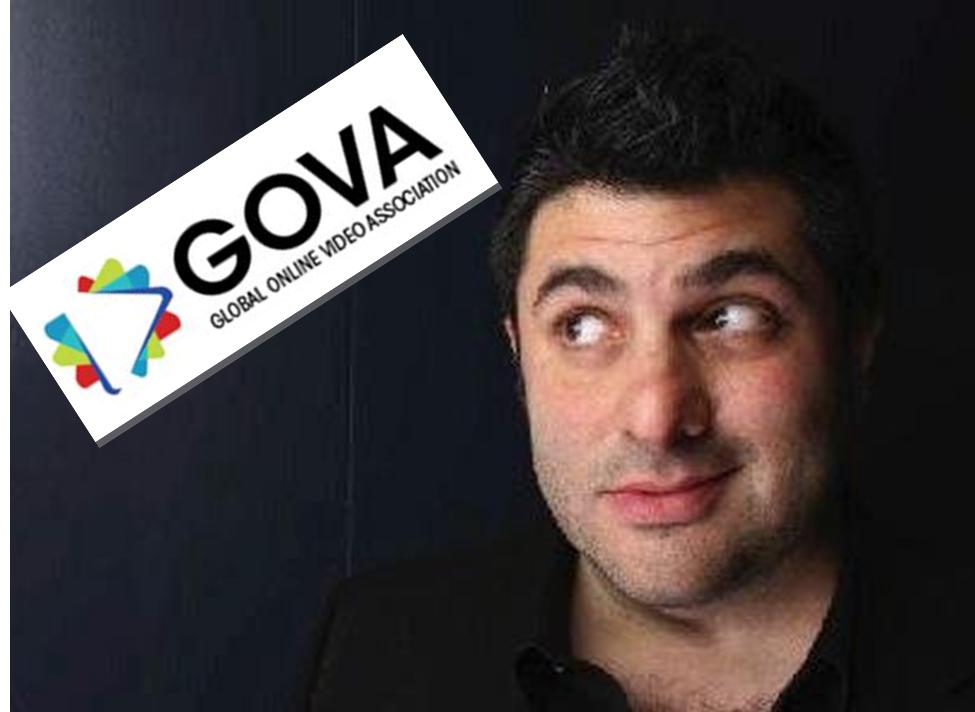 StreamDaily catches up with Paul Kontonis, executive director of the Global Online Video Association (GOVA) in L.A. to find out more about the strategy for the new org, formed by nine top digital media companies.

A few hours after touching down in Los Angeles to host a Tuesday afternoon program at the Digital Entertainment World, Paul Kontonis is lost in a non-stop whirl of setting up, trouble shooting, handshakes and hugs. But, as frazzled as he is, he’s also feeling pumped, because the event also serves as the official announcement for the Global Online Video Association (GOVA), a new non-profit trade organization formed by nine of the top digital media companies (Big Frame, BroadbandTV, Collective Digital Studios, DECA, Discovery Digital Networks/Revision3, Fullscreen, Maker Studios, Magnet Media, and MiTu Networks), with more to come.

And as executive director of GOVA, Kontonis is feeling the love.

The reason is as simple as it obvious, Kontonis explains to StreamDaily following his presentation.

“These companies feel like they don’t have anyone who specifically represents their interests,” he says.

The core objective of GOVA is increasing revenue and awareness with consumers and marketers by working with ad agencies, tenpercenteries and content platforms such as YouTube.

Kontonis knows there are limits to what can be done.

For instance, “there is no plan – and think it would be absolutely impossible – to do any collective bargaining,” says Kontonis, who also serves SVP of  strategy and sales at Collective Digital Studio. “I think everyone is too protective of their interests, so it’s not like at any point we’re going to be sitting down with YouTube, going, ‘GOVA wants better rates!'”

Those rates are a big concern, because, as Collective Digital Studio chief revenue officer Alex Angeledes pointed out during Kontonis’ DEW program, digital media producers may be “agnostic,” posting their videos on multiple sites including their own, but the bulk of their views happen on YouTube.

A more realistic goal is addressing communications issues with the video streaming behemoth.

“When new features are rolled out [on YouTube] these companies that represent so much of their traffic [often] find out last minute,” Kontonis says.

For example, last summer, YouTube announced it was implementing a Top Fans feature, a set of tools that enables channels with more than 5,000 subscribers to identify and interact with their most engaged and influential viewers.

“Several companies had developed [a similar tool] on their own,” Kontonis explains, “and suddenly they’re saying, ‘Toss that tool away. We just wasted our time.'”

The good news is that YouTube has been very supportive of GOVA so far. In fact, they’re “chomping at the bit to become members,” Kontonis says.

But couldn’t YouTube be a subversive presence in the organization, the proverbial fox in the henhouse?

“It could be,” admits Kontoni, who previously served as chairman of the International Academy of Web Television and VP and group director of brand content at Third Act (a unit of Digitas). “Do we want YouTube to be in the meetings? All I can say is, at this moment, the founding members believe the best role is a partner-type of relationship. [We want to] make sure we talk to them … have initiatives together, and things like that.”

Kontonis says GOVA has also gotten interest from other potential partners in the digital distribution world, including Amazon, Netflix, Hulu, as well as advertising giants Digitas, Olgivy and Publicis.

To further its second objective, awareness, GOVA will be making appearances at upcoming industry events, including MIP Digital Fronts in Cannes in April and the Digital Content NewFronts in New York in late April/early May.

In the consumer sector, GOVA hopes to improve awareness of the member companies’ content.

“Obviously, we’re very successful with millennials, but in other age groups we’re not as successful,” Kontonis says.

To solve that problem, GOVA might have to wait until those millennials grow into another age group. In the meantime, he’s addressed another pressing issue: how to pronounce GOVA.