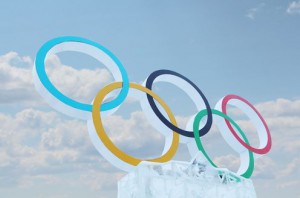 The pubcaster has seen more than 8.3 million hours of video streamed on its website, breaking online records for live event viewing during the men's ice hockey game on Wednesday.

The CBC has released online Olympic viewership statistics, saying more than 8.3 million hours of video had been streamed on its website (excluding the mobile app) prior to yesterday’s women’s hockey final.

Wednesdays men’s ice hockey game between Canada and Latvia posted the CBC’s highest online viewing audience ever to a live event on the pubcaster, with an average audience of more than 280,000 tuning in on CBC and Radio-Canada’s desktop and mobile devices combined, according to a release. The previous record was also set during the Sochi 2014 games, for Canada’s first men’s hockey game of the Olympics, which was against Norway. The pubcaster also announced its Olympic app has been downloaded over two million times.

This Olympics marks the first time the CBC has used a completely responsive ad server, with creative for over 25 sponsorship campaigns being optimized for desktop, smartphone and tablet screens.

Olympic photo by Singulyarra at Shutterstock.com