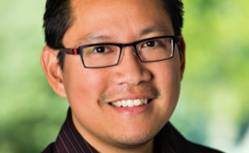 Tian Lim, a former Sony Playstation and Xbox exec, is the latest hire to fill out senior management ranks at the streaming video service in the wake of a mass exec exodus last year.

Hulu has hired Tian Lim as CTO, it was announced Tuesday by Hulu CEO Mike Hopkins in a blog post on the company’s website.

Mostly recently, Lim served as SVP of product engineering at Sony Network Entertainment International, where he oversaw North American engineering and service operations for the PlayStation Store on the web, PS3 and PS4, and many of the network features of the PS4. Prior to that, Lin spent eight years at Microsoft Xbox, where he led all development for the Xbox Live service, Xbox 360 operating system and Kinect.

Lim will take over for Brad Suter, who has been serving as interim CTO following the departure of Richard Tom, who left in March 2013 to join the Fremont Project, a mysterious digital media startup formed by founding Hulu CEO Jason Kilar.

Lim’s hiring is the latest step to replenish the management ranks at Hulu, which experienced an exodus of executives last year after its owners, NBCUniversal, 21st Century Fox and Disney, began entertaining offers to sell the company to a list of suitors that included Yahoo, Google, Amazon and Dish Network.

Last week, Peter Naylor joined Hulu as SVP of sales, a post that had been vacant since JP Colaco left to join Kilar at the Fremont Project in November 2013. (VP of West Coast sales and advertising sales operations Jim O’Donnell served as interim head of sales during that time.)