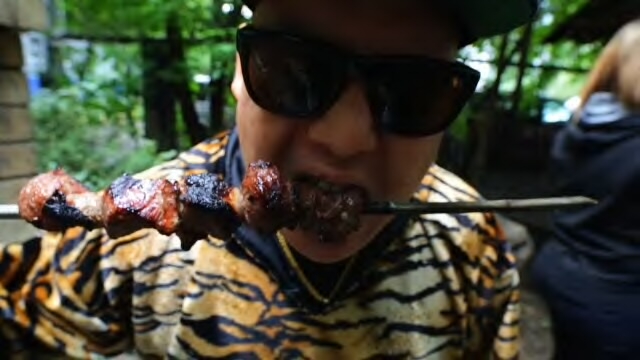 The venture aims to deliver hundreds of hours of content in the first year as VICE collaborates with FremantleMedia North America's original digital production team, led by Gayle Gilman.

There are a lot of food channels and networks out there, but not many tackle this category with a view on how it impacts politics and youth culture. Until now.

VICE Media and FremantleMedia have joined forces to create a multi-channel food network that will target a millennial audience, the two media companies announced Tuesday.

Together they will develop and produce programming for VICE’s digital food vertical, which FremantleMedia will then distribute globally to TV as well. The partnership allows FremantleMedia – one of the largest producers and distributors of television programming in the world –  to extend its expertise in the digital space, engaging the young, hip audience that VICE knows how to speak to.

VICE, in turn, will benefit from working with a team who are experts in global distribution.

The programming slate will include of series around topics such as the politics of food, travel cuisine, as well as an irreverent (naturally) look at home cooking. VICE will primarily collaborate with FremantleMedia North America’s original digital production team on the content, led by Gayle Gilman, but the company will also work with FremantleMedia’s production teams around the world. While the URL is unannounced, the venture aims to deliver hundreds of hours of content in the first year, according to a statement.

The channel “will upend the culinary media landscape, producing more jaw-droppingly entertaining original multi-channel food programming than anywhere else and ensuring the content reaches a global audience on every screen,” said Andrew Creighton, President of VICE Media, in a release.

VICE already has a strong viewership around its existing food programming, such as Munchies, featuring popular chefs like Danny Bowen, Michael White, and Anthony Bourdain, as well as Fresh Off The Boat, a look into culture-defining global food trends hosted by the restaurant owner, writer and food world personality Eddie Huang (pictured).

Food and drink are a big part of youth culture, and the genre needs a smart, bold new voice, said Keith Hindle, CEO Digital and Branded Entertainment, FremantleMedia in a statement. “VICE is the undisputed leader in digital content, they have a great track record of identifying key genres which are not catering for the younger demographic, and entering those areas in a very major way,” he added.

Besides Vice.com, content produced as part of this deal will be distributed on multiple news, music and lifestyle verticals such as Noisey, Motherboard, The Creators Project, i-D, THUMP, Fightland (MMA) and the forthcoming news vertical, VICE News.

Longer-term ambitions include experiential activities such as festivals and tastings, mobile extensions such as apps and a “food locator” concierge service, social activity including full Facebook integration and UGC reviews and contributions as well as licensed merchandise.