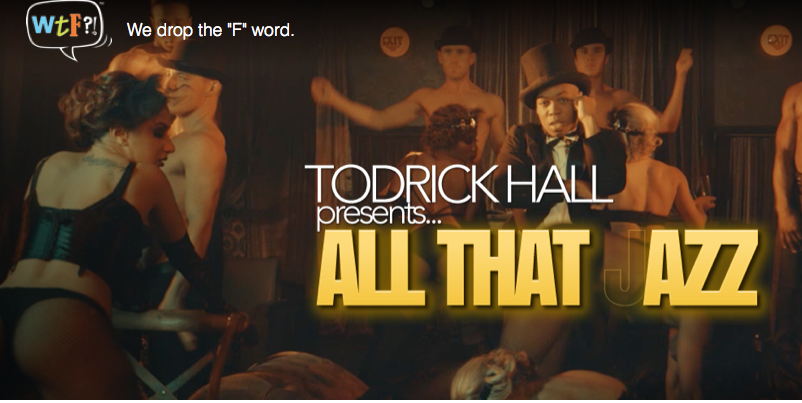 Randy Adams on getting into the funny business

The CEO of What the Funny (WTF), a recently launched digital network co-founded by Marlon Wayans, talks to StreamDaily about the production process and upcoming tech innovations.

The urban comedy video site WhattheFunny.com (WTF) was built upon the most elemental of business axioms: find a need and fill it.

“We saw a tremendous demand for [urban comedy] from brands, yet absolutely no destination site that has urban comedy on it,” says Randy Adams, CEO and co-founder of WTF Studios. “There are a couple of YouTube sites that are up and WorldStarHipHop, but it does mostly music videos and they don’t produce any of their own stuff.”

Adams envisions WTF as the In Living Color to the Saturday Night Live of Funny or Die, the popular online comedy site he co-founded with Will Ferrell, Judd Apatow and Adam McKay (Anchorman) in 2007. To that end, he’s partnered in the venture with Marlon Wayans, the youngest of In Living Color creator Keenen Ivory Wayans’ nine siblings, famous for The Wayans Brothers TV series (with brother Shawn) and such movies as White Chicks and A Haunted House.

Even as he prepares the sequel A Haunted House 2 for its April 18 release, “Marlon is very proactive and involved on a day-to-day basis,” Adams says. “He basically sets the bar for what is or isn’t funny and he looks at every single piece of content that we put out. He lends great value to the company.”

While most short-form videos that exist on the web look like a few semi-talented kids from the neighborhood got together and said “let’s put on a show” a la Mickey Rooney and Judy Garland, that’s definitely not the case with WTF.

WTF is based in the heart of Hollywood at Sunset Gower Studios, the former home of Columbia Pictures, where other tenants include the ABC series Scandal and the producers of American Idol. It has 25 employees, production offices, a soundstage space, post-production facilities and an in-house development staff led by VP of creative Mitch Marchand.

At the moment, WTF’s biggest non-Wayans draw is former American Idol contestant and YouTube star Todrick Hall, who is creating a series of music parodies for his channel, such as “All That Azz” (pictured), a booty-centric hip hop reworking of “All That Jazz” from Chicago.

“We’re covering production costs, but we’re letting Todrick develop [the channel] himself,” Adams says. “We’re taking his audience from YouTube, moving it over, tracking it and continuing to serve that audience in a way that they keep coming back week after week to watch the latest episode. So our strategy is basically like we’re running a TV network.”

Although infrastructure and independence are nice, WTF’s big draw for creative talent is that it offers a bigger portion of ad revenue pie than YouTube, which takes a 45% slice according to a recent New York Times article.

What’s most enticing for Adams at the moment is the technology the company is developing for its WTF app, which will detect if a smart TV is a connected to the same local network as the device, then prompt the user to download the WTF app to the TV.

“When you click on it, you’ll be able to access longer form stuff that we created,” says Adams. “We see the evolution moving from short form on every mobile devices to longer form in the TV experience and we intend to play into that space, at least with this vertical, and maybe others.”

WTF also features regular contributions from other members of the Wayans clan, including sister Diedre’s son Craig Wayans and brother Damon’s offspring Cara Maya Wayans and Damon Wayans Jr., the latter of whom co-stars in the Fox sitcom New Girl.

WTF boasts that it has attracted more than one million unique visitors since its soft launch last November, and “if you aggregate Marlon’s followers and all the other people who are involved, we have millions and millions of followers on Facebook and Twitter,” Adams says. The network plans to leverage those social media followers to promote the MCN. It also hopes to one day leverage the brand and its talent for film and TV projects.