Jukin Media’s got a licence to thrill

Licensing viral video content will remain the “bread and butter” of Jukin Media’s business model, even as it adds two new executives to its roster, one of whom was former head of talent at AwesomenessTV.

On Friday, the media company that monetizes user-generated content announced Lee Essner has been tapped as the president and COO, and Jeff Levin is now on board as director of talent and strategic partnerships.

Essner, who founded AccessDNA medical blog and previously served as COO of WeddingChannel.com, initially joined Jukin Media last year as an advisor. The company has been growing at a rapid pace since then, expanding to about 31 employees and moving from Hollywood into a larger office space in Culver City, Calif. earlier this month. Essner will help to build internal production technology as the demand for viral video content increases, explains Jonathan Skogmo, CEO of Jukin Media, who founded the company in 2009. 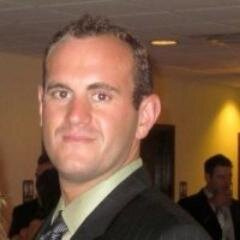 “There are more opportunities right now on our licensing efforts than ever before,” he tells StreamDaily. “Digital is getting the same amount of rates as far as when we’re licensing a clip.”

Digital platforms now represent about 20% of their licensing business. Two years ago, that  figure was miniscule (about 2%) and traditional media represented most of the demand.

“There are a lot more people incorporating video, whether it be the New York Times, whether it be The Daily Mail — any of these news publications. It’s kind of amazing,” Skogmo (pictured left) says.

More brands are also approaching Jukin, seeking to license the video content in their library in order to use them for ad campaigns, Skogmo says. They recently worked with advertising agency McGarryBowen on six different Pizza Hut spots (all available on the Pizza Hut YouTube channel) which aired during the pre-game coverage of this year’s Super Bowl.

Jukin Media represents YouTube channels like Fail Army and Bad Ads, and it holds the rights to content created by Vine stars such as Bat Dad and Logan Paul. But Skogom doesn’t consider the company an MCN — it’s more of a “multi-clip network,” he says.

“We don’t manage a bunch of YouTube channels. We’d rather manage a bunch of assets, video assets; individual intellectual property,” he says. “Sometimes it just so happens they’re multiple videos and in that case we’ll bring them on as a client and we’ll manage their library as well.” 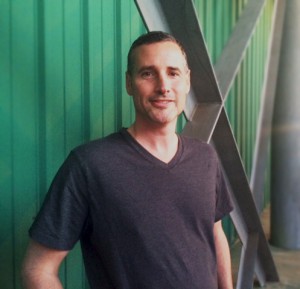 With Levin (pictured right) now directing talent, Skogmo says Jukin will continue to focus on developing their existing content brands rather than aggressively seeking new ones to represent.  The former AwesomenessTV exec will also extend a “personal” touch to management by facilitating media requests for interviews with the talent, for example, and helping to promote and expand their own brands.

The deal model Jukin Media implements with clients varies. Sometimes it’s an ongoing revenue split, other times it’s an upfront fee that’s offered to someone who just happened to record a moment of hilarity that has potential to go viral. “The pie is split so many different ways,” says Skogmo, who started the company out of his apartment, and which he says has always been profitable.

Before Jukin media, Skogmo was working at a clip show for CMT as a researcher, helping to bring in, clear and licence videos.

Soon enough, YouTube entered the picture, a platform in which he was able to directly deal with the content creator, strike an agreement and get the video file within a much quicker time frame.

“I was able to scale pretty quickly and move at a really fast rate,” he says of his career. “Then one day I just said someone’s gotta represent these content creators. [The need for] video is not going anywhere.”