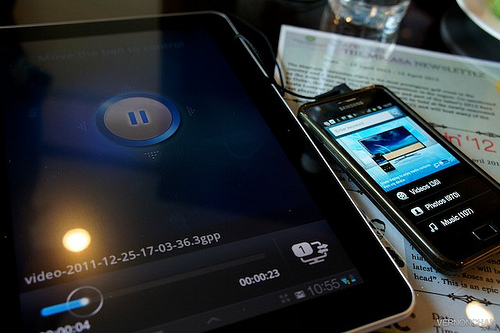 Dallas-based research firm Park Associates explains how TV apps are gaining in popularity, with 61% of tablet owners and 55% of smartphone owners using them monthly.

According to a study by Localytics released last year, 22% of downloaded apps are only used once. A statistic was not given for apps used only twice, but it’s safe to say that a lot of downloads are seemed-like-a-good-idea-at-the-time propositions that end up sitting on smartphones and tablets gathering cyberdust.

But TV-related apps stand out from the crowd. According to new data from Dallas, Texas-based market research firm Parks Associates released on Thursday, TV apps, which people use to stream movies and series on their mobile devices, are being used at least once a month by 55% of U.S. smartphone owners and 61% of tablet owners. They also found that TV apps are popular on connected game consoles, with 57% of owners using the devices to watch TV shows.

Parks estimates the number of global TV app users on smartphones will reach 1.29 billion by 2018.

“So far, network apps have been the most popular, along with specialty apps for a handful of some of the more popular programs on both broadcast and cable networks alike,” says Glenn Hower, research analyst at Parks Associates.

He says the market for original online exclusive content is still emerging, but it’s already an important factor for OTT players and premium channels.

“Video on-demand apps are popular as a means to catch up on missed programs, and these apps likely have substantial staying power in the current market,” Hower says. “Content providers are also producing apps to help build or maintain audiences for their shows, including features such as games, additional information or social interaction. These are also proving to be popular with viewers.”

Tablets are more popular than smartphones for viewing TV content, he adds, which makes sense given their larger screens.

Although Parks’ research shows mobile consumption of video is driving usage of TV apps, people aren’t just using them to watch. More than 23% of U.S. smartphone owners age 18 to 34 have used a TV app on their smartphone to schedule a DVR recording. Over 22% have used an app that transforms their smartphone into a remote control for their TV or set-top box.