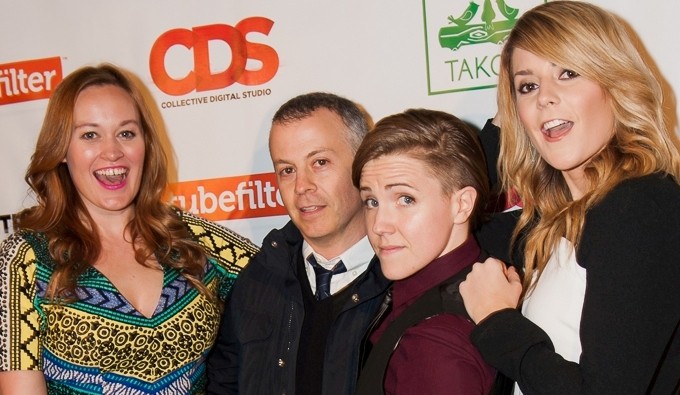 Camp Takota launched this morning on the movie's website, powered by digital platform VHX. We chatted with the producer ahead of his upcoming trip to Toronto for the film's TIFF Next Wave Film Festival screening.

Fans of internet TV originals were split into two camps (no pun intended) last night: those who couldn’t wait for the House of Cards Valentine’s Day release, and those who were freaking out at finally being able to watch Camp Takota, a movie starring YouTubers Grace Helbig, Mamrie Hart and Hannah Hart.

Pictures of camp-related cookies, snowmen and tears of excitement were posted on the movie’s twitter account, the fruits of successful audience-building that required direct interaction with fans all throughout its production.

Ahead of the launch, StreamDaily chatted with Michael Goldfine, president of RockStream Studios, which was behind the entire movie from creation to production to distribution.

While he was excited for the release on the Camp Takota website, powered by digital startup VHX, Goldfine also seemed anxious about the movie’s first theatre screening this weekend at the TIFF Next Wave Film Festival — though not about the event itself. How cold is it in Toronto, really, and what should a Californian wear? Answer: Bring at least two jackets.

Here’s what he had to say about the movie’s much-anticipated digital release.

Is this the first time that the film is being screened in a movie theatre?

We did a small screening here in L.A. for some industry and some family, but this is really the first screening so it’s going to be awesome to see it with fans. While we made a real feature film, we thought this would be best played digitally. So going to a theatre was never our goal.

I think it’s going to give [fans] a different kind of experience, and it’s going to be fun … to see where all the laughs are, and all that kind of stuff. But we always saw it as a digital experience from day one. We built this for our fans who are very digital-savvy. That’s how they consume their media and that’s how we wanted this to play.

Was there a model that you looked at with respect to the digital release? How did you determine what to set the pricing at?

We literally made this up as we went along. There was no one for me to say “Oh, let’s go follow this [model].” So the only thing that we could go off of, was … we gotta make sure we’re servicing the fan correctly and giving them value. We felt that that was an incredibly fair price, that price point, and they would be happy with it and we would be over-delivering at that price point for $9.99 and at $14.99 for the [bundle movie and making-of documentary, Top Bunk: The Making of Camp Takota].

And then with the merchandise and stuff, we’re basically … having a conversation with the fans. We’re finding out what they like what they don’t want. You know literally asking them, putting stuff up and finding out … trial and error.

What percentage of related merchandising will make up of the entire total revenue?

How did you get everyone on board? 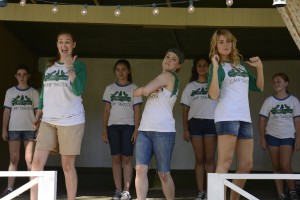 I actually met Hannah first, and I really liked her. And then she introduced me to Grace, and then Grace introduced me to Mamrie, and with every one of them I met I was … kind of blown away. I couldn’t believe how smart and talented each one was.

Not only do they act in the movie but they’re executive producers too. They bring so much talent and intelligence and so many things to the movie besides just acting in it.

How did it all come together, creatively?

I’m one of those guys who’s obsessed with camp. I love summer camp. I got a lot out of it and you know, probably I’ve been trying to get back to camp ever since I stopped going all those years, and I was a counselor also. I had a story that I wanted to tell, creatively about an older guy, sort of everything goes to hell in (his) life one day and basically just wants to go back to camp.

It turned out that Mamrie actually had a script she was noodling on about summer camp and we hit it off, creatively, incredibly well. I think we had the same sensibility, same sense of humor. And so basically we said, you know what, let’s write the story together.

And so we wrote the story together and combined what we were working on, and then decided, OK, let’s bring in a writer. We had someone that we wanted to write it. We had her do it and we had Mamrie write the script, also. Mamrie and Lydia Genner wrote the script, based on a story that Mamrie and myself wrote.

This was all less than a year ago. I mean, that’s how fast this happened. Once I found the players to do it, I could do it really fast. Once I lined three of those girls up, we could go, go, go.

When the deal with Chill fell through last fall, did you think you would drop the digital distribution plan and pursue a Plan B?

Not for a second. We were just like, OK, we can do this.

Basically after we got the movie back, we were approached by a bunch of people and we looked to see what was the best platforms to service us and we thought VHX was the best answer.

This interview has been edited and condensed for clarity.