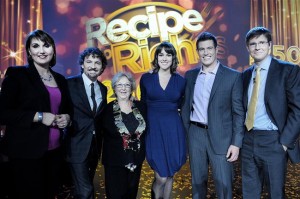 Flexibility in how brand integration can be introduced would allow more financing for digital and TV productions from major marketers, the Canadian Media Production Association argues.

It’s no blatant product push. It’s branded entertainment, and Canadian regulators need to get with the times.

That’s the message from a white paper released Tuesday by Canadian producers that argues the Canadian Audio-Visual Certification Office’s (CAVCO) definition of advertising is out of step with emerging branded entertainment opportunities in the Canadian marketplace, and needs revising.

“Experts interviewed suggest that the key differentiator between a program and an advertisement is ultimately whether the audience chooses to watch the program as an entertainment experience,” the Canadian Media Production Association argued in its report, Branded Entertainment: The Canadian Experience.

The report finds CAVCO and the Canadian Radio-Television and Telecommunications Commission (CRTC) rules on when a branded show becomes product placement “limit experimentation rather than help the industry get more Canadian content programming produced.”

Emerging digital platforms have become essential components of branded entertainment campaigns, the report notes: “As many of the online platforms have turned to producing original content, most are doing so in partnership with their advertisers and delivering on their promise of highly-targeted audiences. Comedy has been a leading category online and companies like Cracked, MyDamnChannel, FunnyorDie, and CollegeHumor have been leaders in securing brand underwriting for original web content.”

Besides regulation, there is another problem Canadian producers face and that is the relative absence of home-grown web destinations for original content. “To date, few of the U.S.-headquartered ad-driven platforms like Yahoo, MSN or AOL have invested in commissioning original content out of Canada,” the report states.

The bottom line, the report argues, is that Canadian producers are losing out on opportunities to create subtle advertising for marketers.

The report points to rare instances of Canadian branded entertainment so far, including Canada’s Best Beauty Talent from Rogers Media for L’Oreal Canada, Food Network Canada’s Recipe to Riches, a collaboration with Loblaws, and a film promotion for the UFC, Takedown: The DNA of GSP.

“In order to encourage more brands to invest in longer form content, greater clarity and certainty will be required from the current regulatory environment in Canada,” the report stated.

The study pointed to a nanny state mentality standing in the way of Canadians receiving more branded entertainment.

“As one producer commented, ‘programming is not like medicine – you have to give people what they want,” the 22-page report asserted.