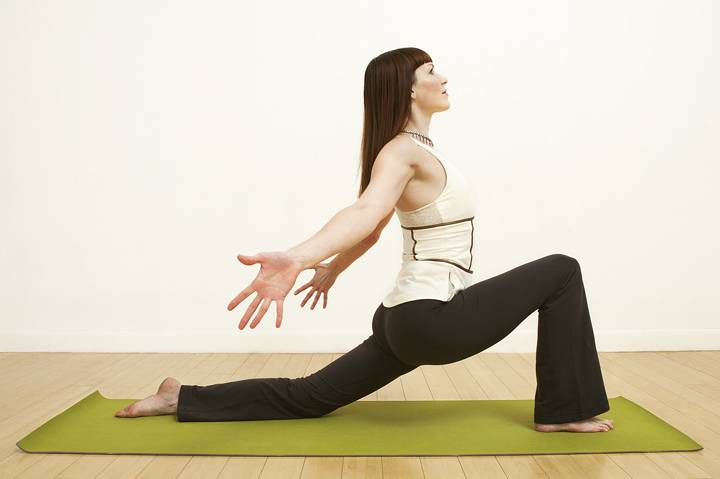 How Viral Spiral plans to stretch its Yoga Network

Yoga is big business, and through a cross-Atlantic partnership the agency sees revenue opportunities in product placement, contracts with well-known yogis and live events. But can they find zen in a crowded market?

When discussing the genesis of the Digital Yoga Network, the conversation keeps going back, as it so often does, to the subject of women.

Daniel Fisher, COO of London-based social advertising experts Viral Spiral, had been talking to media agencies about who they were looking to target, and “time and time again, it was this 18 to 44 female-skewed audience, particularly on YouTube, because it’s quite hard to reach at scale,” he says.

Around the same time, Viral Spiral was featured in an issue of Fast Company alongside a piece about YAMA Talent, a New York-based agency representing yoga experts founded by Ava Taylor, known as “the Ari Gold of yoga.”

“We reached out to see if there was anything we could do together,” Fisher recalls, “and it looked like she was bringing yoga to the masses.”

And Fisher learned that the masses are into yoga.

According to a 2012 study by the Yoga Journal, 20.4 million Americans practice yoga — up 29% from 2008 — and they spend $10.3 billion a year on yoga classes and products (including clothing, vacations and media). Of non-practitioners surveyed, 44.4% called themselves “aspirational yogis,” interested in trying yoga. Furthermore, 82.2% of those practitioners are women, 62.8% of whom are in the 18-44 age group.

From there, it’s not hard to extrapolate why they decided to pool their expertise and, together with b2b video network Rightster, create the Digital Yoga Network, which launched on Monday.

While there are other yoga channels on YouTube, such as YogaToday and Yogasync.tv, and big MCNs such as StyleHaul going after the same female demographic, the creators of the Digital Yoga Network believe there’s nobody hitting the sweet spot with the their combination of size and specificity.

“(Yoga) is a really large, fragmented industry,” Fisher says. “What we’re essentially doing is bringing it together and trying to de-fragment it to give brands and creators more of an opportunity to leverage scale. A big part of Viral Spiral’s business is helping brands connect with creators who can make branded content for them, so there are a huge range of possibilities, from product placement to ownership of a particular channel or a particular space and even live events.”

The first step in reaching that goal was bringing in top yoga talent from the YAMA stable, including Esther Ekhart, Sadie Nardini (pictured), Meghan Currie and Patrick Beach. Non-YAMA channels are being added.

“We are pulling together a fragmented group of artists,” Taylor says. All the yoga personalities’ channels  “are secured under an exclusive umbrella contract for the yoga space” and operate “on a revenue share.”

“Our current roster is focused on attractive, personable young yogis and yoginis,” adds Ben Zola, Viral Spiral’s head of research and content acquisitions. “These are people who are viewers are very interested in finding out more about.”

But it is understood that, to truly succeed, the Digital Yoga Network has to be more than just a collection of sweaty people in tights demonstrating the downward dog.

“The aim of the network is to grow into a much wider lifestyle network that is founded on the principles of yoga,” which will, of course, be reflected in the brand partners who will be invited on board.

The plan is for the network to roll out additional themes on a monthly basis.

“One month we’ll be doing post-natal yoga, the next month will be doing yoga for kids,” Fisher explains.

One of the major avenues the network plans to explore is travel.

The hosts are “forever doing retreats and seminars here there and everywhere, so they’re in the world’s most beautiful spots, meeting fantastically interesting and diverse people,” Fisher says. “In yoga terms, all doors are open to them, and that provides access to a whole interesting world of possibilities.”

The same could be said of the Digital Yoga Network itself. They plan to promote it through conventional PR, as well through social media outreach, which is “something we and our partners are very strong on internally, as is,” Zola says. “We also already have a good number of established relationships and contacts with relevant third parties which we can tap into.”

As for branding deals, there are several in the pipeline at various stages, “but nothing, I’m afraid, which we’d want to unveil just yet,” Zola says.

One thing you’re not likely to see on the network is a channel, branded or otherwise, dedicated to trendy Bikram yoga, which is practiced in a room heated to 105°F with 40% humidity.

“It’s hard to film Bikram because the lens steams up,” Fisher points out.