Ron Bloom takes a Bite out of Hollywood

On the heels of a 7-Eleven deal that sees Bitesize TV airing on the chain store's closed-circuit network, chairman and CEO reflects on the re-branded channel's first year in business.

With one foot planted in Silicon Valley and the other at a bespoke television studio on the ground floor of L.A.’s W Hotel at Hollywood & Vine (leaving his hands free to play guitar in the house band of Eurythmics strummer Dave Stewart) BiteSize TV Chairman and CEO Ron Bloom straddles “two cultures separated by a common language.” Or, as he characterizes the chasm, “an incredible opportunity.” 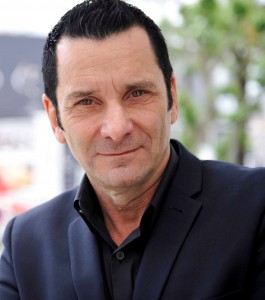 In California’s north, Bloom built Mevio — a platform capable of delivering a billion video streams a month to an audience of 25 million — on rock ‘n’ roll residuals, a bankroll from the 1999, $350-million sale of his pioneering internet company and digital agency Think New Ideas, along with Silicon Valley venture capital stalwarts.

That technology foundation is essential to Bloom’s streaming site BiteSizeTV, which attempts to fill the niche between long-form content made for other screens and short-form “crap”— some of which, he admits, would fairly describe Mevio’s nonetheless profitable entertainment programming.

Hollywood owns destination-viewing in Netflix and Hulu, as Bloom (pictured left) sees it: They’re smart companies using great technology. On the low end, the web offers hit-or-miss experiences with “no predictability, no regularity, no episodic, no programmatic approach,” Bloom says.

It’s his opinion that big tech companies trying on entertainment have a prideful “if we build it they will come” mentality and jaded Hollywood has “one secret ingredient that Silicon Valley, with all of its R&D, has yet to discover, which is called marketing,” ironically allowing the supposedly new platforms of Netflix, Hulu and Amazon to live off the multi-million dollar promotional campaigns of the original releases.

Television was built on relentless marketing, even after audiences are hooked. “That’s a symbiotic relationship, an ‘I know what you’re going to be watching next week’ quality,” a swagger that’s missing on the web, Bloom says. He reckons cable nets such as Viacom and Scripps, with their myriad channels and exploitable properties such as MTV and HGTV, demonstrated a brand-building, owned & operated programming style ripe for internet replication. So Bloom invested “between 50 and 60 million dollars” over five years, used Mevio as a test bed, and mutated it into BiteSizeTV.com, launching the public beta last December and vowing to stay open to adjustments based on audience feedback. The company has been profitable since 2010, he says.

Bloom designed the network itself to become a reality show of sorts, a McLuhan-esque medium-is-the-brand-message concept: He figures his 18- to 34-year-old target wants to associate virtual content with an iconic physical location (a la the “Burning Man” desert bacchanal) and would enjoy watching the unscripted behind-the-scenes process of making the shows. Giant two-way windows face the streets of Hollywood on three sides while the studio emits an endless stream of “fresh, daily, relevant, topical, funny, interesting, provocative, oops-we-made-a-mistake type of programming,” Bloom says. 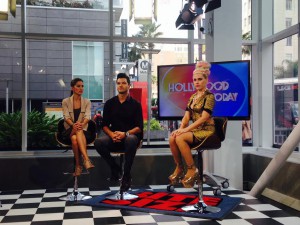 Bloom hopes the “premium-production quality” and topical, happening-now vibe of his six channels will distinguish it from other live streams. The Girl Spot features club-scene fashion and a “View”-type talker, but hosted by women “who aren’t dead yet,” Bloom quips; a man-cave equivalent, with one sports show called Sweat & Balls; E!-like Hollywood news and gossip; rude humor and stand-up (BSTV); a home for gamers and YouTube-star after-parties; and a music channel that will gather free content from bands seeking exposure. BiteSize TV also reports on major festivals and awards shows, including a live from Sundance stream last month. It takes a lot of work to produce so much content on a daily basis, Bloom says, but on the upside Hollywood has been welcoming.

Bloom argues his net’s interface design represents a platform missing-link “that responds to the evolving nature of media consumption.”  It keeps all six channels readily accessible on a single page, competing for attention. A unique, company-engineered expanding and contracting viewer runs clips or a live feed as site visitors scroll down to search any of the 500 to 600 clips derived from those 10-hour-a-day live feeds. A typical daily live show will stream then be divided into five clips of five minutes each for random access or serial viewing later.  “I look at the temperament, psychology, personality of person with 20 minutes to spend. I want him to be able to stay an hour … or go in a hundred different directions, but in a controlled environment,” Bloom says.

Major-brand ads adorn window notches on the site and pre-roll spots sponsor clips. Bloom either owns the shows outright, or partners selectively with friends like Stewart, who hosts “The Ringmaster” on the music channel and interviews guests as iconic as Ringo Starr and as only-meaningful-to-millennials as Too $hort.

A new deal will distribute and monetize BiteSize content throughout 7-Eleven’s closed-circuit network and its 100 million a month Big Gulp store dwellers. Bloom hints that a hotel’s network is next. “It behooves those establishments to consider themselves media brands,” he says.

Pictured on top is Vanessa Amorosi and Dave Stewart performing on The Ringmaster; Photo at centre shows Israeli actress Meital Dohan on Hollywood Today at the BiteSize TV studios.