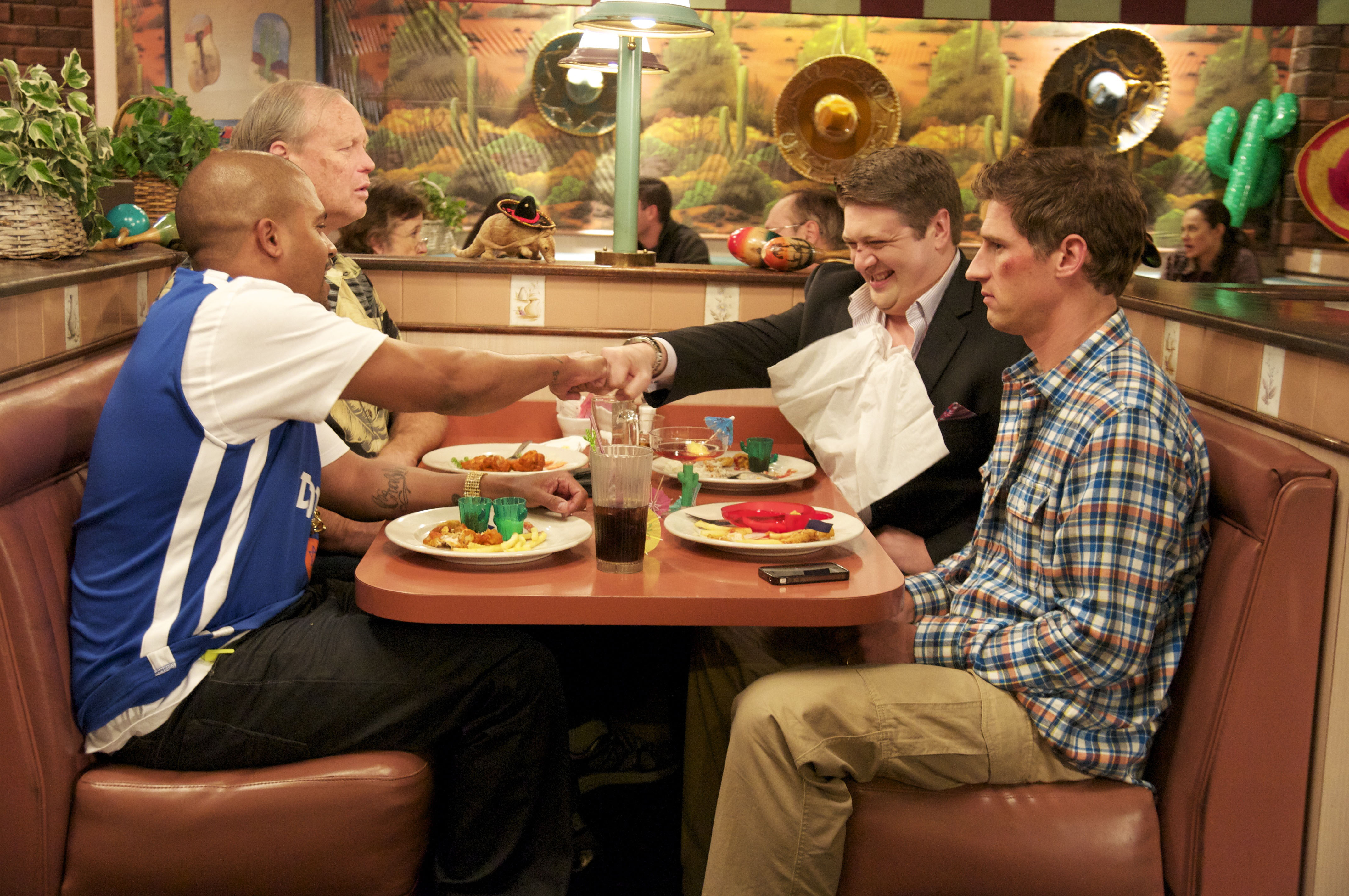 Raunchy bromance comedy We Got Next, which is produced by C Student Productions, Khalabo Ink Society and Principato-Young Entertainment, will air every Tuesday.

My Damn Channel launched the first-ever half-hour series on its comedy vertical on Tuesday.

One of the executive producers on We Got Next is Kenya Barris, who is the co-creator of Tyra Banks’ America’s Next Top Model — but this raunchy comedy is more likely to appeal to a male demo, as is the goal. The six-episode series, which will air every Tuesday, is about a pick-up basketball team of four guys whose courtside banter often escalates into a run of terrible advice and poor decision-making.

My Damn Channel wanted to add a series to its comedy vertical that has the look and feel of a traditional TV show, says Eric Mortensen, director of programming and acquisitions for the digital entertainment studio and distribution network.

“Since launching the My Damn Channel Comedy Network last year, we have been eager to add a half-hour comedy series … that can break through to an audience that splits its time evenly between binge viewing and watching the latest YouTube clips,” Mortensen said, in a statement.

Eric Mortensen, My Damn Channel, We Got Next