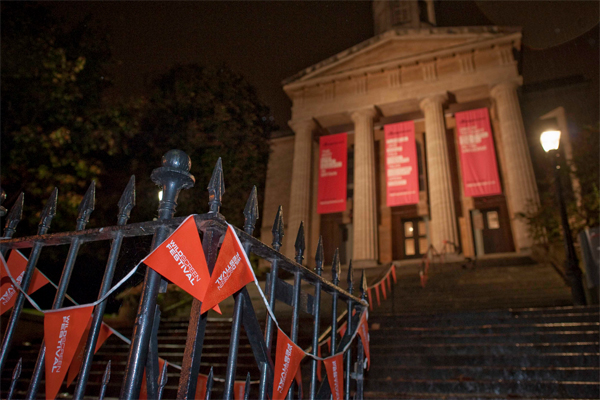 Part of the biennial Wildscreen Festival taking place from Oct. 19 to 24, the awards show has opened its call for entries with two new awards categories in the mix this year.

The Wildscreen Panda Awards – part of the biennial Wildscreen Festival taking place in Bristol, England from October 19-24 – has opened its call for entries, with two new awards categories in the mix this year.

An award for young filmmakers has been added to the categories for this year, which will recognize the most outstanding production made by a person aged 17 to 24 at the time of the project’s completion. The Youth Award category will be free to enter.

Also new to the awards list this year will be a prize honoring the production that most effectively makes use of limited resources or overcomes significant challenges during development or production. Dubbed the Against All Odds award, entrants will be tasked with submitting details regarding those obstacles, and how they were overcome.

In total, there are 24 awards categories, with 22 of them open for submissions. Categories include awards for 3D production, music, animal behavior, use of new media, complete series and innovation. The Golden Panda Award and the Christopher Parsons Award for Outstanding Achievement are decided upon by the jury.

Those wishing to enter this year’s Wildscreen Panda Awards have until Friday, April 18 to send in their submissions. Nominees will be announced in June.