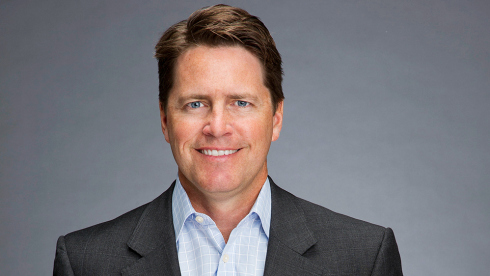 The 25-year veteran of advertising sales helps fill out management ranks at the streaming video giant, which suffered an exec exodus last year in the wake of ownership uncertainty.

Hulu has hired Peter Naylor as SVP of sales, it was announced Monday by Hulu CEO Mike Hopkins in a blog post on the company’s website. The position was previously held by JP Colaco, one of Hulu’s first employees, who left the company in November 2013.

Naylor is no stranger to the company. Working for NBCUniversal in 2009, he sold eight charter advertising spaces for the NBC/Fox joint venture that would become Hulu.com.

Naylor’s hiring is the latest step to replenish the management ranks at Hulu, which experienced an exodus of executives last year after its owners, NBCUniversal, 21st Century Fox and Disney, began entertaining offers to sell the company to a list of suitors that included Yahoo, Google, Amazon, Dish Network.

In October 2013, it was announced that the company was no longer for sale and its owners would invest an additional $750 million. That same month, former Fox Networks president Hopkins came aboard as CEO. Hopkins took over for Andy Forsell, who had been serving as acting CEO since the departure of Jason Kilar, who left in January 2013 along with Hulu CTO Rich Tom.

A 25-year veteran of advertising sales, Naylor stepped down from his post as EVP of digital ad sales for NBC News Digital in September 2013. During his seven years with NBCUniversal, he worked across new, sports and entertainment properties, including NBC.com, NBCSports.com and NBCOlympics.com, SyFy.com, Bravotv.com, USANetwork.com, Oxygen.com AccessHollywood.com. He also led the sales efforts for social TV platforms like Bravo Talk Bubble, Oxygen Live and Sunday Night Football Extra, as well as mobile experiences for each brand on smart phone and tablet platforms.

Prior to that, Naylor was senior VP of digital media sales for the women’s lifestyle site iVillage.com from 2002 until its sale to NBCUniversal into 2006.

Naylor has also served as a member of the board of directors of the Interactive Advertising Bureau and the Online Publishers Association for more than 10 years.

Interim head of sales Jim O’Donnell will return to his duties as VP of West Coast sales and advertising sales operations for Hulu, reporting to Naylor.