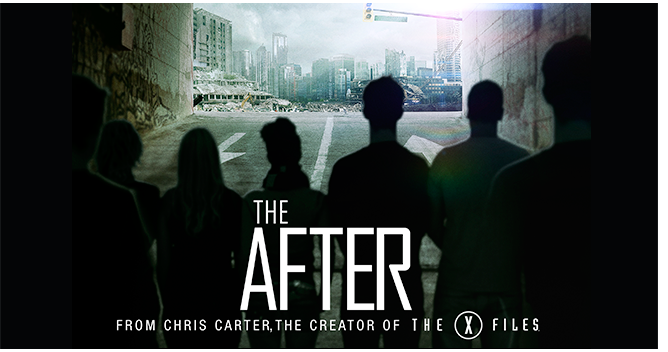 Roman Coppola and Jason Schwartzman are among creators of series that rely on viewer feedback to determine if they will go into full-season production.

Following a successful first pilot season that resulted in the production of Alpha House and Betas, Amazon Studios Thursday debuted ten new pilots that are a mix of comedy, drama and children’s series.

Like last year, viewer feedback will determine which series go into production. The voting is open to all for free on Amazon Instant Video and LOVEFiLM in the U.K., but those that are chosen will be available exclusively to Amazon Prime members.

But unlike last year’s pilot slate, this lineup includes two hour-long dramas. The creators of these potential primetime series have an impressive pedigree and they include Chris Carter (The X-Files), Eric Overmyer (The Wire, Treme) and Michael Connelly (Harry Bosch).

Carter wrote and directed The After, which follows eight strangers who are thrown together by mysterious forces and must help each other survive in a violent world that defies explanation. The series is executive produced by Marc Rosen of Georgeville Television and produced by Gabe Rotter.

Bosch is a show based on Connelly’s best-selling Harry Bosch series that follows a LAPD detective as he pursues the killer of a 13-year-old boy. In the show, co-written by Connelly and Overmyer, the title character is played by Titus Welliver (Argo, The Good Wife). Henrik Bastin of Fabrik Entertainment (The Killing) produced and Jim McKay directed the pilot.

The other two comedies are:

Written by Jeremy Garelick and Jon Weinbach, sports comedy The Rebels follows Julie Levine (Natalie Zea) after her husband suddenly dies and leaves her as the sole owner of a pro-football team. The Rebels creative team also includes executive producer, Matt Alvarez (Ride Along), musician and actor Ice Cube and Michael Strahan, former football player for the New York Giants and host of Live with Kelly and Michael.

The five kids’ pilots are:

Maker Shack Agency takes a unique look at the “maker” movement through the adventures of a 13-year-old inventor with grand idea and a motto of “fail forward.” Created in conjunction with the think tank Applied Minds and the production company Electus, the pilot was written by Arland DiGirolamo (Sketchy), Geoff Barbanell (Kickin’ It) and directed by Alex Winter (Ben 10, Downloaded) and features original music from Dr. Dog.

This live-action adventure series created by David Anaxagoras, a first-time writer, was discovered through Amazon Studios’ open-door submission process. Gortimer Gibbon’s Life on Normal Street is a coming-of-age tale that centers around the title character and his friends’ exploits in an ordinary suburb that has a hint of something magical just beneath the surface. The pilot was directed by Oscar winner Luke Matheny (God of Love, Maron) and guest stars Fionnula Flanagan.

Hardboiled Eggheads, created by Emmy Award-winner Duane Capizzi (Transformers Prime, Jackie Chan Adventures,) this is an animated action-comedy about nerds who have another side to them. It’s for children aged six to 11.

The Jo B. & G. Raff Show is an animated series created by multiple Emmy Award-winning writer and producer Josh Selig (The Wonder Pets). It was created specifically to help teach preschoolers the importance of resolving conflict in constructive ways.

Written by Angela Santomero, creator of Blue’s Clues, Creative Galaxy, and the Emmy-nominated literacy series, Super Why!, Wishenpoof! is an animated pilot that revolves around a girl who wishes to play under the sea then becomes a mermaid. This is Santomero’s second Amazon Studios pilot – his first, Creative Galaxy, is currently in production and scheduled to be available on Prime Instant Video in 2014.

“With our previous set of pilots, customers submitted thousands of reviews within the first few days and more than 80 percent of those reviews were 4 and 5 stars,” said Roy Price, Director of Amazon Studios, in a release. “We collaborated with some of the very best creators in Hollywood — and even some new comers that submitted their show through our open door process —to bring customers a wide array of top-quality shows.”

Amazon Studios, Bosch, Mozart in the Jungle, Roman Coppola, The After