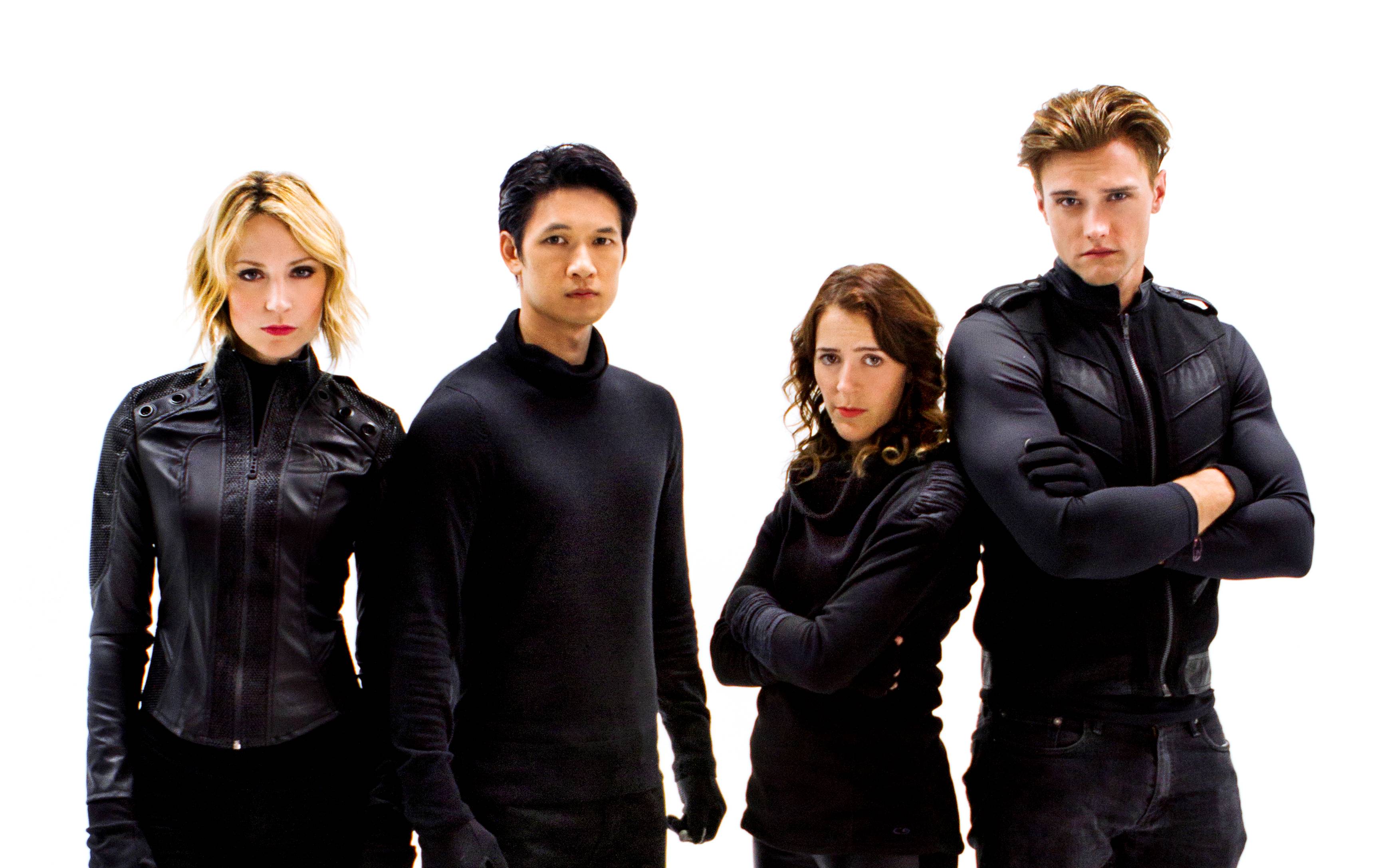 The superhero show premieres next Wednesday, while other flagship shows such as Wil Wheaton's TableTop, Felicia Day's The Flog, Written By A Kid and Outlands, are also set to roll out on Hulu.

Geek & Sundry, a digital media company co-founded by top web star Felicia Day (The Guild, Supernatural, Dr. Horrible’s Sing-Along Blog), will be launching its original digital series Caper with a double-episode premiere on Wednesday, Feb. 12, on its branded YouTube channel, as well as on Hulu and Hulu Plus.

Additional installments of the show’s nine-episode first season will debut each Wednesday.

Created by showrunner Amy Berg (Eureka, Person of Interest) and co-writer Mike Sizemore (Precision), Caper is a comedy about a group of superheroes who set out to pull off the ultimate heist after coming to the hard realization that good deeds won’t pay the rent. It stars Abby Miller (Justified), Beth Riesgraf (Leverage), Hartley Sawyer (Glory Daze), and Harry Shum Jr. (Glee). Check out the trailer above.

During the balance of February, shows from the Geek & Sundry catalog, such as Wil Wheaton’s TableTop, Day’s The Flog, Written By A Kid and Outlands, will roll out on Hulu and Hulu Plus as part of an ongoing multi-series distribution deal between the companies.

“The partnership with Hulu was always meant to be a way to showcase our brand, Geek & Sundry, and its programming — both new and library content,” says Sheri Bryant, co-founder of Geek & Sundry. “Just like you can search for the ABC or Nickelodeon brands, you can now search for Geek & Sundry.”

It’s difficult to say how many additional viewers the shows will amass as a result of the partnership, Bryant adds, as that will depend on marketing efforts. But expanding across a diversity of digital platforms can only help build audiences and brand awareness.

“The viewership of Hulu is much closer to Geek & Sundry’s core demo versus YouTube so we are very hopeful for strong numbers,” she tells StreamDaily.

Founded in late 2011 by the producers of the hit online series The Guild, Geek & Sundry has logged over 1.2 million subscribers across its digital network.