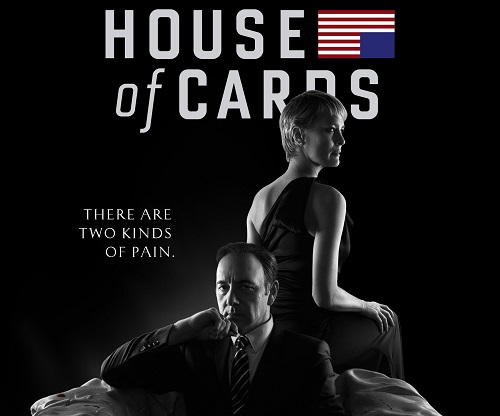 On the same day season three of House of Cards was confirmed, Netflix announced it plans to raise $400 million in part to cover increased investment in original programming.

As the market for online video entertainment becomes more competitive, the cost of acquiring an exclusive must-see-TV library is likely to increase, Netflix stated in its annual 10-K report filed Monday with the U.S. Securities and Exchange Commission.

Differentiating the VOD platform from rivals requires securing exclusive rights, and obtaining content and licences for original programs “will typically require more up-front cash payments than other licensing agreements,” the company stated in the financial statement for 2013. In contrast, payment terms for licences to stream TV shows or movies that are already produced extend over the licensing window (which, for Netflix, typically ranges from six months to five years).

Exclusive series like Emmy Award-winning House of Cards, which Tuesday was renewed for a third season, generate buzz and inevitably translate to new members and entrench a loyalty among subscribers.

But commissioning new content means having to pay for production costs and other related expenses, such as ongoing guild payments, the company states. “We will also take on risks associated with the production, such as completion and key talent risk,” the SEC filing noted.

To help pay for these costs, as well as those associated with a “substantial European expansion,” Netflix is looking to take on $400 million in additional debt. The new funds, to be generated through a senior notes offering, are earmarked for strategic investment and potential acquisitions, according to an announcement also made on Tuesday.

The plan to raise the company’s debt was discussed during an earnings call late last month.

“We think the current interest rate environment is pretty attractive so we’re going to add to the balance sheet,” David Wells, the company’s chief financial officer, said at the time.

Ultimately, the company seems to be preparing itself for an increasingly competitive market and additional funds will serve as backup for the increased investment in original shows – though it will still be less than 10% of its overall content spending.

“The market for entertainment video is intensely competitive and subject to rapid change,” the company noted in its SEC statement. “Many consumers maintain simultaneous relationships with multiple entertainment video providers and can easily shift spending from one provider to another.”