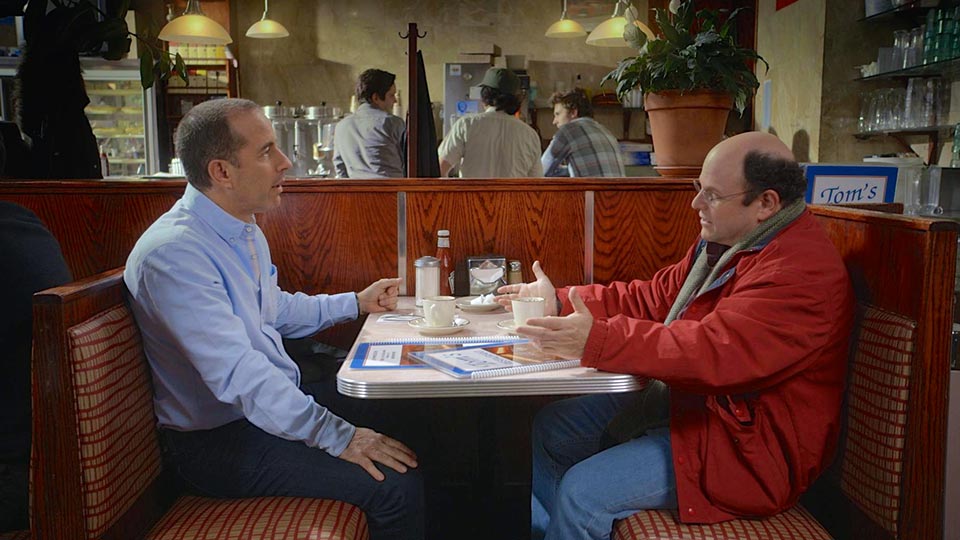 For those who have missed George and Jerry’s tension-filled banter, the latest episode of Comedians in Cars Getting Coffee promises to fill that void.

For those how have missed George and Jerry’s tension-filled banter, the latest episode of Comedians In Cars Getting Coffee promises to fill that void.

This is the first time in 16 years that the members of the Seinfeld cast have reunited in character at their old stomping grounds in New York for a special edition of Jerry Seinfeld’s web series that airs on Crackle. The episode was teased during last night’s Super Bowl half-time show.

In the episode, Seinfeld picks up his “best friend for almost every single day of the 1990s,” George Costanza in a 1976 American Motors Pacer — a car he describes as perfect for Costanza since it “doesn’t work, looks ridiculous and falls apart.”

The duo are having a cup of coffee at Tom’s Restaurant, also known as Monk’s Cafe, when they’re interrupted by a crazed Newman.

Now in its third season with the finale airing Thursday, Comedians in Cars Getting Coffee, which is sponsored by Acura, has had 25 million streams and is the top show on Crackle.