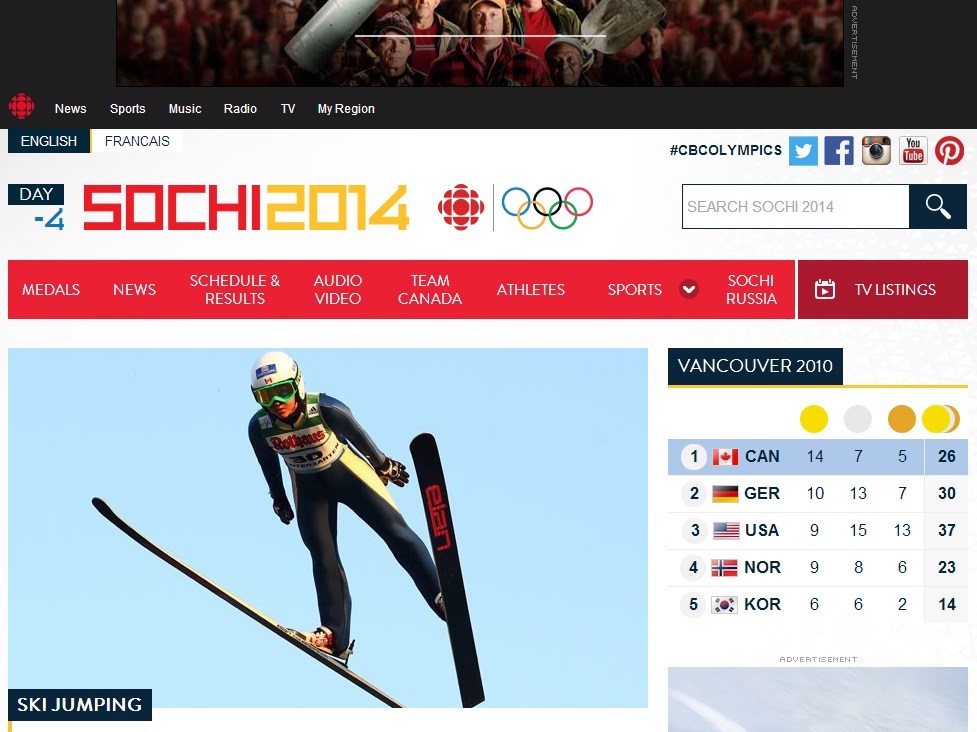 All video coverage will be available to livestream on the Canadian pubcaster's website and mobile apps during an interactive show called Olympic Primetime.

With the games in Sochi just days away, Canadian pubcaster CBC has announced its digital coverage of the 2014 Winter Olympics including a responsive website, mobile app and a second screen experience called Primetime Plus.

In addition to streaming live coverage on mobile devices, the CBC Olympic Games app available on iOS, Android and Windows 8, allows viewers to set alerts for events, research athletes and check the medal count. During Olympic Primetime, daily on CBC throughout the games, app users will be able to access a second screen experience called Primetime Plus and interact with the show through live polls, as well as photo and caption contests. This will be the first Winter Olympics Canadians will be able to livestream all the events on their smartphones or tablets, according to a CBC release.

Digital coverage of the 2012 games in London by CTV proved popular with Canadians. A report from midway through the event said that CTV’s digital platforms had attracted 90 million page views, with 61% of the traffic coming from mobile devices.