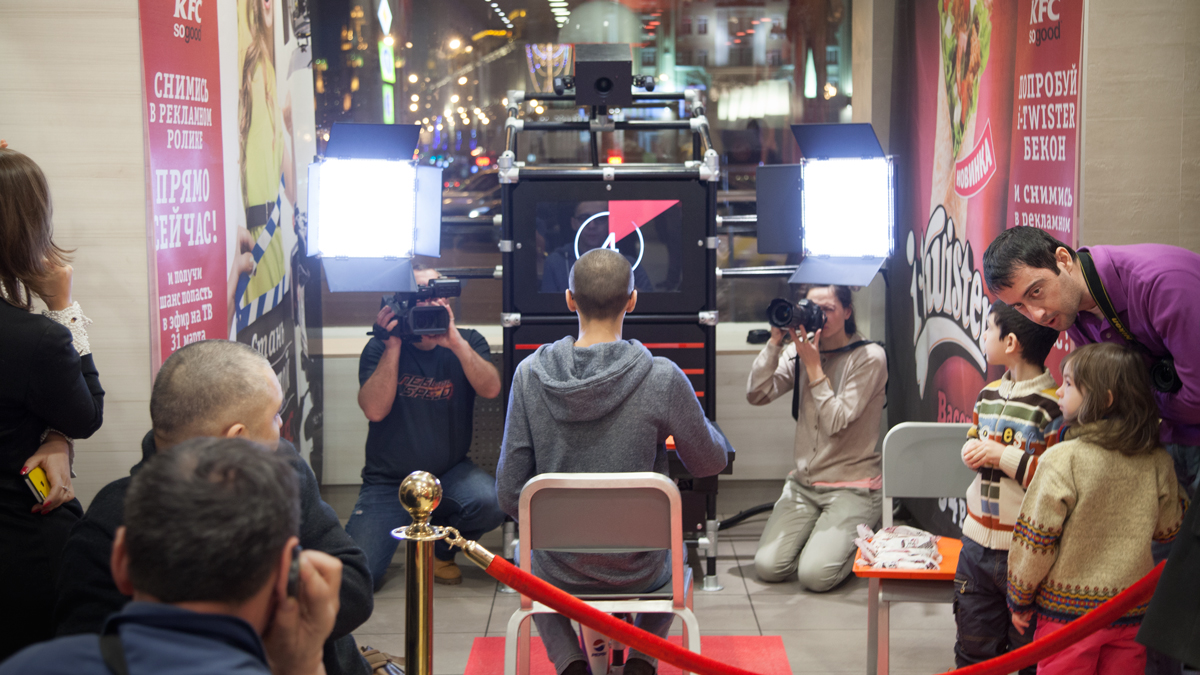 From Russia with love … and chicken?

The world's #1 purveyor of fried chicken offers customers in Moscow and St. Petersburg a finger-licking good opportunity to promote their new Bacon iTwister.

As potential TV pitch people in the U.S. go hungry struggling to find fame through traditional channels, KFC Russia is offering customers at restaurants in Moscow and St. Petersburg the chance to star in their own internet ad for the company using “MovieMatic,” a fully-automated, instant movie-making machine that is programmed to light, direct, shoot, edit and post process a 45-second mini-feature that is then uploaded to YouTube. It’s all part of the fried chicken giant’s launch of its Bacon iTwister.

After customers hit the “action” button, a classic movie countdown launches, telling them they could “be a star.” It then asks them to deliver a series of scenes in quick succession, prompted prior to each take by the virtual director’s instructions. Scene one invites them to take an Oscar-winning bite on an iTwister. In scene two, they get a crazy idea to turn the restaurant into a discotheque. The scene three finale calls for them bring it to a close with a crescendo of crazy dancing. You can’t make this stuff up, folks!

The insta-ads are automatically uploaded to YouTube for Russians to vote on. A panel of experts will then choose the best ad, which will premiere on Russian TV on March 31.