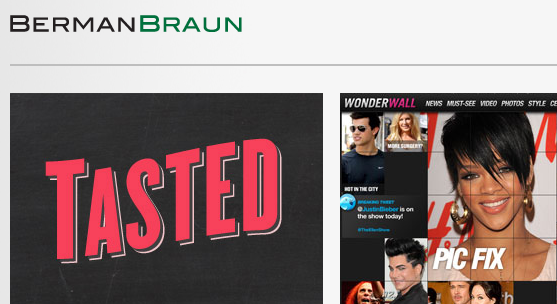 Berman, a former Fox and Paramount exec, formed the company with former ABC topper Braun in 2007. She has yet to reveal what her next move will be, but says she has offers for “several unique opportunities.” Braun has acquired her stake for an undisclosed sum.

In a statement, Berman said: “When Lloyd and I founded BermanBraun, we wanted to create a different kind of entertainment company — one that consisted of both TV and film divisions but also one that established a thriving digital division encompassing content and technology.

BermanBraun launched with just four employees, and now has a staff of more than 150. It runs online brands in the entertainment, fashion and lifestyle space, including Skye on AOL and premium YouTube food channel Tasted (screengrab). It also produces unscripted content for TV; titles such as Junk Gypsies and Polyamory.

“It has been exciting to take my years of experience and leadership in all areas of content and apply them to this endeavor. I take great pride in the company’s amazing achievements over the past seven years.

“It has been my pleasure to work alongside Lloyd and our incredibly talented team at BermanBraun and I wish them continued success going forward,” she added. “There are several unique opportunities I am considering and intend to make an announcement about my decision very soon.”