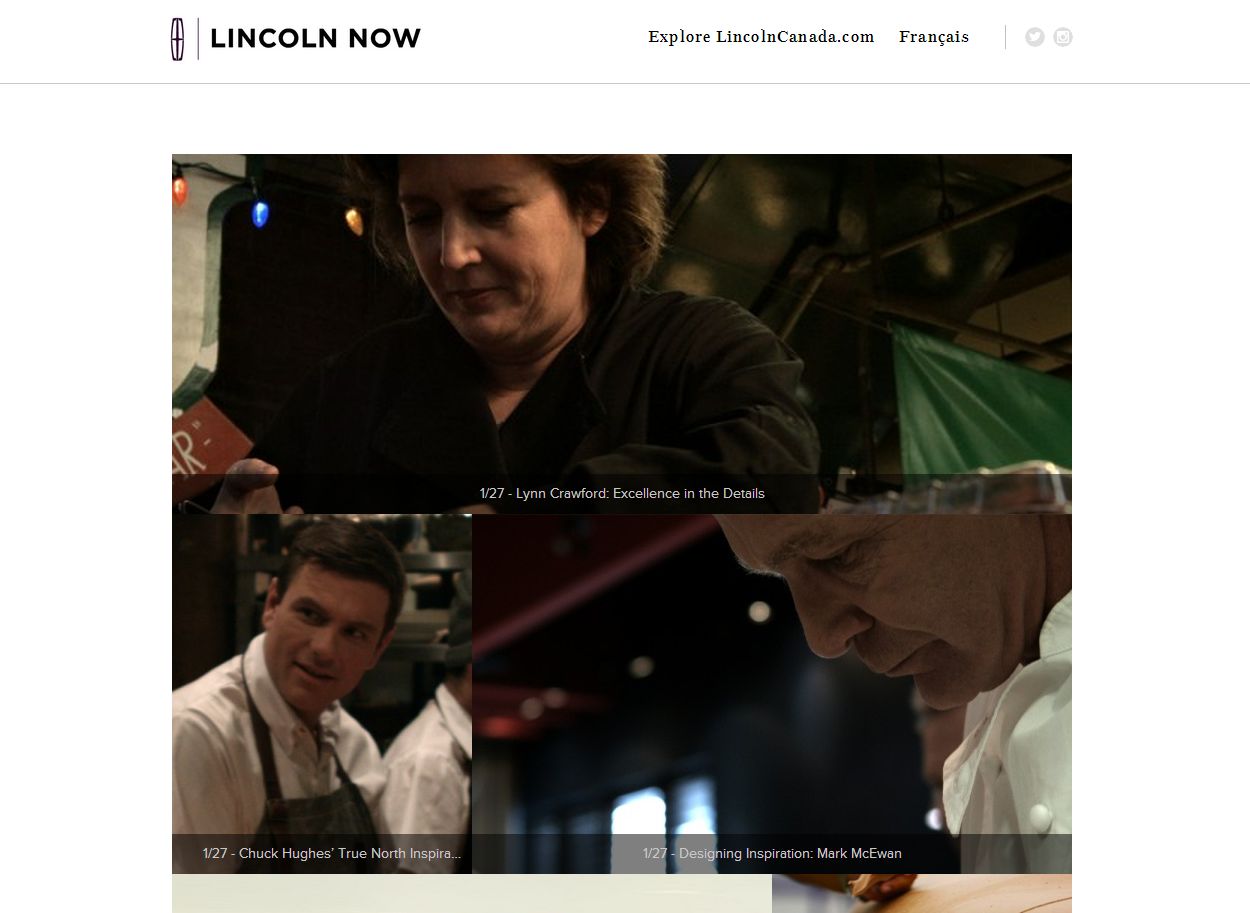 The Shaw Media channel's celebrity chefs are promoting the 2014 Lincoln MKZ in a new online campaign.

The Lincoln Motor Company of Canada has partnered with Shaw Media’s Food Network Canada to create a new set of webisodes promoting its 2014 Lincoln MKZ.

With media from Mindshare and creative from Y&R Canada, as well as Shaw’s internal team, each of the six webisodes (three in English and three in French) features a Food Network Canada celebrity chef like Lynn Crawford, Mark McEwan or Chuck Hughes connecting their favourite part of cooking to features of the MKZ.

Errol Da-Ré, SVP, sales for Shaw Media, tells StreamDaily‘s sister publication Media in Canada the program came together because Lincoln wanted to create content that would connect with younger, more affluent consumers and entice them to discover more about the brand.

Shaw Media is driving consumers to the webisodes by placing ads for the series throughout Foodnetwork.ca. It has also created a custom ad unit giving visitors to websites for Food Network Canada, HGTV, History and ET Canada the option to choose one of the videos as their pre-roll of choice before viewing content, says Da-Ré.